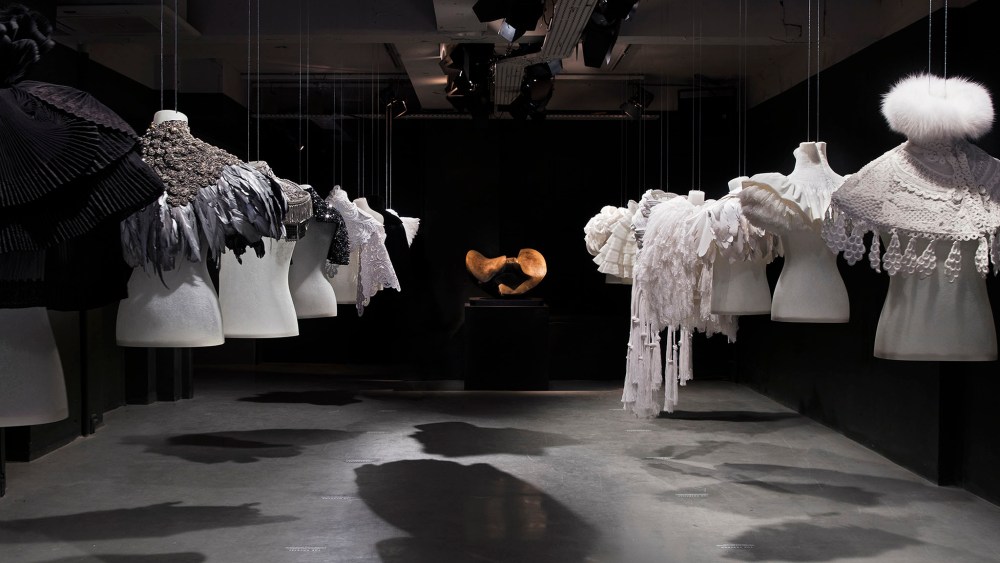 Burberry’s capes are on the road. “The Cape Reimagined,” an exhibit of made-to-order capes that was first shown as part of “Henry Moore: Inspiration & Process” at Makers House in London following Burberry’s February show, is in New York today through April 10 at Moda Operandi Madison. The capes can be viewed and ordered by private appointment. Additionally, Moda Operandi’s Lauren Santo Domingo will host a private event in the space Thursday. After that, the capes make their way to Shanghai from April 14 to 23 at Burberry’s flagship in Kerry Centre, then Los Angeles, where the public exhibition will be mounted at Burberry’s Beverly Hills flagship on Rodeo Drive from April 20 to 30.

All the capes in the exhibition debuted on Burberry’s runway in February, with the collection inspired by Moore’s work and personal style. Since leaving Makers House, where the capes were showcased alongside more than 40 works by the British sculptor, “The Cape Reimagined” has done stints in Seoul and Milan. It will move on to Dubai May 3 to 7.