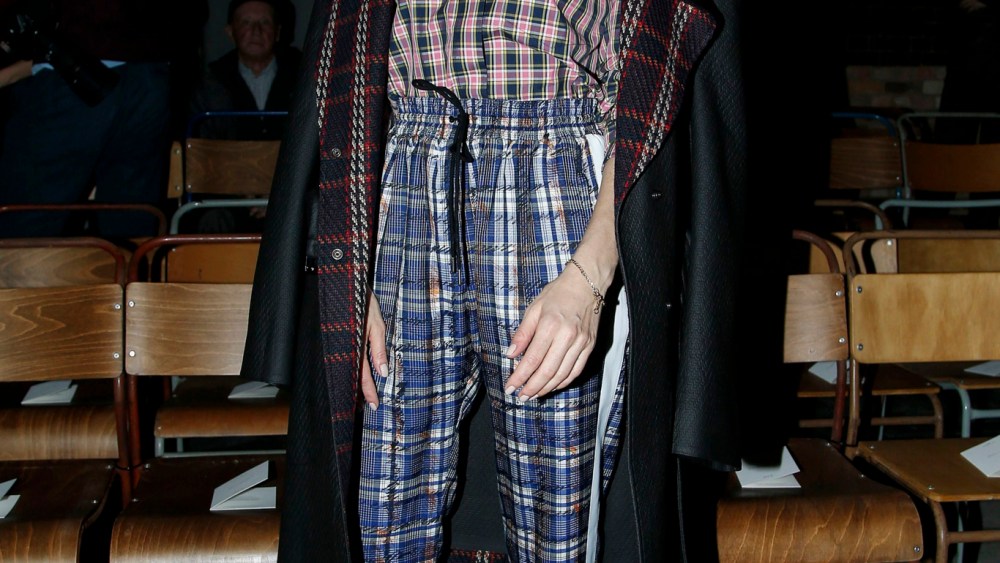 CHECKING OUT: Saturday night’s Burberry show was nothing short of a Christopher Bailey love-in, with staffers getting teary eyed and celebrity guests gushing about the designer who’s leaving after nearly two decades at the brand.

“Of course I’m here to support him — he’s been so generous to me, dressing me for years for different events,” said the actor Idris Elba. Naomi Watts said she wanted to be there because “I like Christopher – he’s a really lovely person to spend time with.”

When they weren’t gushing about Bailey, they were talking about their projects for the stage and screen.

Miller said she’s still recovering from the West End run of “Cat on a Hot Tin Roof,” and is about to promote “The Burning Woman,” an American drama in which she plays a woman named Deb. “But I don’t set myself on fire and the film is not related in any way to Burning Man (festival),” she said.

Watts, meanwhile, has two films in the pipeline, “Luce,” and “The Wolf Hour.” She’s also just had one called “Ophelia” premiere at Sundance, which tells the Hamlet story from a female point of view. Watts, who plays Hamlet’s mother Gertrude said: “I loved the costumes, the castles, the medieval dressing!” as she settled into her front-row seat.

Clinton, who made a special trip to London to see the show, said she’s continuing to work with the family foundation and teach at Columbia’s Mailman School of Public Health. She’s also set to come out with another book, “She Persisted Around the World: 13 Women Who Changed History” on March 6.

The children’s book is a sequel to her first children’s book, “She Persisted: 13 American Women Who Changed the World,” which she cowrote with Alexandra Boiger.