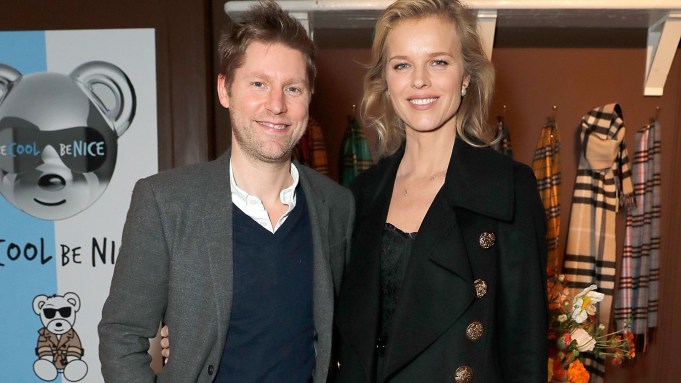 BURBERRY AGAINST BULLIES: “Growing up, my experiences would be of people criticizing and saying, ‘You can’t do this or you can’t do that,'” said Princess Beatrice at an event hosted by Burberry and Christopher Bailey, the brand’s president and chief creative officer, at Thomas’s Café in London this week.

“I think if I had something like ‘Be Cool Be Nice’ when I was growing up, I would feel very, very different. I would feel that support and I would feel that somebody was listening to me. I think the [antibullying] campaign is really challenging the sector and bringing a new light to how we think about the online versus the off-line world. I think more young people need to have these conversations. They need to know it’s OK.”

Burberry joined a bevy of brands including Emilio Pucci, Marc Jacobs, Dsquared2, Henry Holland and Mary Katrantzou who have participated over the past months in the “Be Cool Be Nice” campaign. The brands have taken a stand against cyberbullying of young adults and children. They have also contributed creatively to the 141-page book that includes activities and positive phrases that focus on kindness.

Princess Beatrice spoke about the initiative’s steps moving forward. “It’s about engagement and making young people aware,” she said. “And it’s about being safe online and giving young people the tools to succeed.”

The young royal also noted that she’s so happy for her younger sister Princess Eugenie, who announced her engagement to boyfriend Jack Brooksbank last month.

Guests including Eva Herzigová, David Furnish and Bella Freud listened to British broadcaster Tania Bryer as she read an excerpt from the book: “A gentle manner does no harm, a little grace, a little charm, gratitude wins you the prize. It’s simple when you realize. Every little thing you do ends up coming back to you.”

Freud called bullying “the most heinous crime in existence. I think it’s great, a big organization like Burberry to get behind something that is a universal thing and means a lot to everyone.”

Last November, the Houses of Parliament played host to events to celebrate the book launch and mark the start of antibullying week in London.