Designers Touch Down in Tokyo 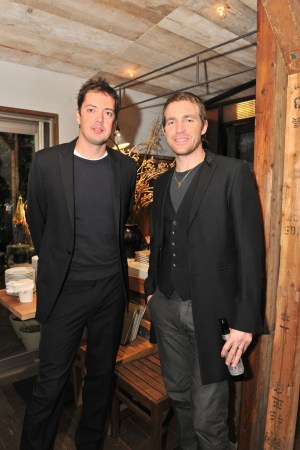 “We love it here, and we’re looking for another space for another store,” said Wainwright. “The first time I came here I witnessed…the Japanese can adopt something and take it to a really weird level of excitement. And I’ve seen a couple of brands just have stratospheric success and then crash, and so our plan is to just take it really easy and just learn about what was going to work here.”

Neville said that Rag & Bone will be opening a shop-in-shop in the Futako Tamagawa district of Tokyo in March, and they hope to open one more store in the Japanese capital later next year. Rag & Bone already has one flagship in Tokyo in the Omotesando area.

On Saturday, Neville and Wainwright were due to make their way to Osaka for the first time for that city’s first edition of Fashion’s Night Out, which took place at Hankyu department store.