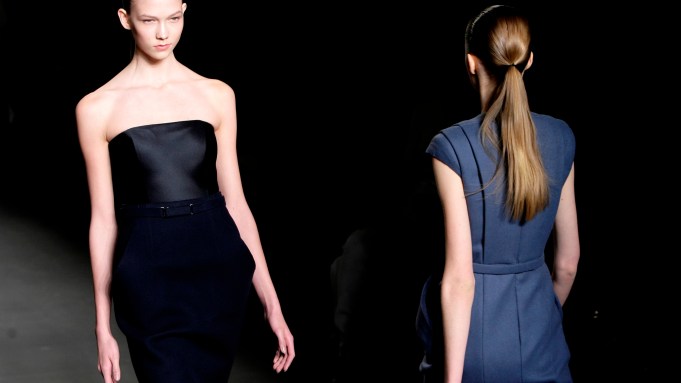 It’s the end of an era at Calvin Klein.

The American fashion brand announced Wednesday it will not continue its traditional collection business, meaning Calvin Klein will no longer be a fixture on the fashion week runway. The news comes after the brand shuttered its 205W39NYC label in January, following the departure of its chief creative officer, Raf Simons, the prior month.

Starting his namesake label in 1968 as a coat shop, Calvin Klein grew his brand quickly, adding sportswear and lingerie. In 1973, Klein received the Coty American Fashion Critics’ Award for a 74-piece women’s wear collection, becoming known for his youthful and classic American style.

While the proliferation of Klein’s underwear and jeans businesses — and legendary ad campaigns featuring the likes of Mark Wahlberg, Kate Moss and Brooke Shields — are a significant marker in the designer’s legacy, his designs on the runway were equally impactful. Most notably, Klein popularized the slipdress, which was routinely modeled by Moss on the runway.

When the brand was acquired by PVH Corp. and Klein resigned from his position in 2003, designer Francisco Costa was brought on as women’s creative director, continuing the brand’s minimalist aesthetic under his own design vision until 2016.

Simons then came to the brand as chief creative officer, designing just four ready-to-wear collections for the 205W39NYC brand, where he infused his modern, structured aesthetic into the brand. During his tenure at Calvin Klein, Kaia Gerber made her runway debut at the brand’s spring 2018 rtw runway show.

Click through the above gallery to see more memorable looks from the Calvin Klein runway.

Is G-III Planning to Scoop Up the Calvin Klein Jeans License?