Directed by Michael Polish, the film adapts the Jack Kerouac novel in a lushly shot, stylized portrait of the writer. 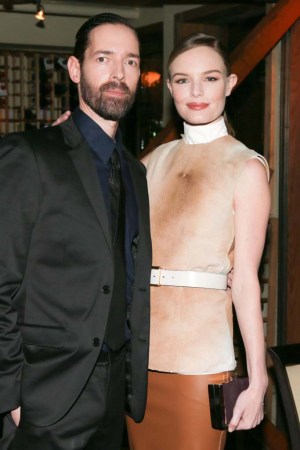 CALVIN’S BEAT CONNECTION: Calvin Klein Collection got in on the Sundance action Wednesday night by presenting a dinner for festival entry “Big Sur” directed by Michael Polish. The film adapts the Jack Kerouac novel in a lushly shot, stylized portrait of the writer battling alcoholism as he escapes from the San Francisco Beat scene up the coast to a cabin in the titular town. Polish met fiancée Kate Bosworth while filming.

Held at Tavern restaurant on Main Street prior to the movie’s premiere, the couple were joined by cast members Jean-Marc Barr, who plays Kerouac, and Josh Lucas, Rahda Mitchell and Balthazar Getty, who play his writer pals. Bosworth was decked out head-to-toe in Calvin Klein (pre-fall look number 11, for those keeping score).