Men’s creative director Italo Zucchelli designed bomber jackets, hoodies, T-shirts, tanks and pants for the “Nothing Was the Same” rapper. 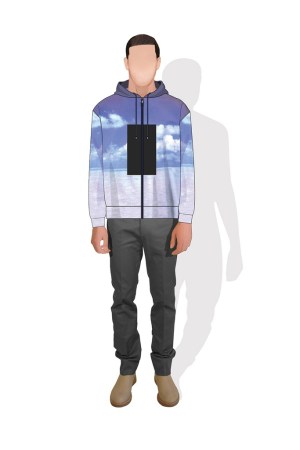 CALVIN’S TAKE ON DRAKE: Drake is donning Calvin Klein Collection for his current 39-city North American tour, which hits Toronto on Thursday. “I love Drake — he is very talented and I like his effortless attitude in terms of his style and music,” said Italo Zucchelli, men’s creative director at Calvin Klein. Zucchelli designed bomber jackets, hoodies, T-shirts, tanks and pants for the “Nothing Was the Same” rapper. The stage outfits are divided into three distinct capsules: one based on a photographic print from the Calvin Klein spring collection depicting clouds and blue skies; another utilizing high-tech fabrics with neon details and reflective accents, and the third fashioned just from denim.

This story first appeared in the October 24, 2013 issue of WWD. Subscribe Today.