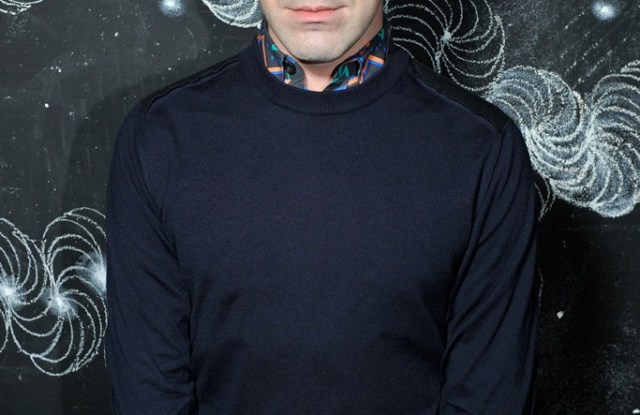 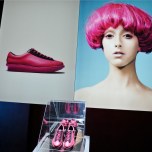 Stills from the campaign, shot by Daniel Sannwald, dotted the venue. The print ads consist of a double-page layout, with each portrait matched by a shoe style. There is also a video, available on Camper’s Tumblr account, which played on a giant screen.

The models, cast off the street, include a boxer, a scriptwriter, an actress and a medical student. Their surreal looks were created by makeup artist Isamaya Ffrench and hairdresser Charlie Le Mindu, famed for his outlandish wigs.

Camper, which celebrates its 40th anniversary this year, hopes to attract a younger audience thanks to Kremer, who also came up with its new CamperLab store concept. The designer noted that although the spring collection was only his second as creative director, he has been working with Camper for around six years.

“The roots for me are still edgy. I mean, they’ve always been anti-conformist. They started to do this casual shoe when the sneaker was coming as an alternative to it. Today, the casual world is very compact, because everything is casual, from luxury to sport,” he said.

“So for me, the whole exercise now is basically to define a little bit what this casual shoe is, this hybrid of comfort-slash-fun, and how far can we go in this idea of the casual? I think we can go quite far, as long as we respect the concept of the price, of the comfort, of the quality,” Kremer concluded.