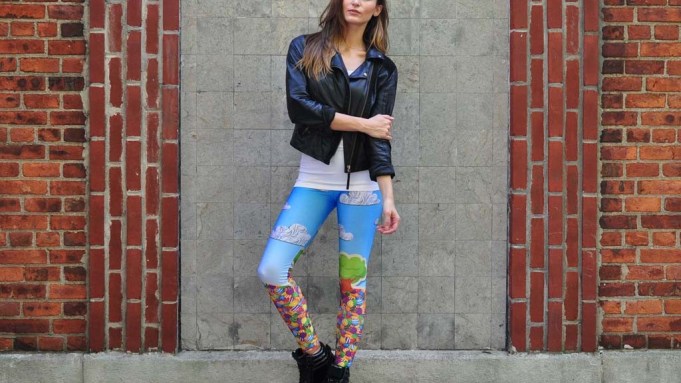 KING’S NEW CANDY CRUSH: How and to what degree Candy Crush fans dress to play in the privacy of their own homes is a vision probably best left there as well. But now the app’s fans can dress the part in printed leggings from the Zara Terez Collection: Candy Crush. King, the creator of the mobile gaming app Candy Crush Saga, has teamed up with the performance wear designer for the new label. Gamers will spot Terez’ take on Odus the owl, Jelly Fish, Lollipop Heads, Lemon Drops and Gum Squares. In addition to the leggings, once skating skirts and skating dresses are introduced, they, too, will feature Candy Crush-inspired patterns and colors.

Candy Crush Saga has a massive fan base to draw from for its new apparel. As of November of last year, it had reportedly been installed 500 million times across Facebook, iOS and Android devices. The match-three puzzle video game was released in April 2012 for Facebook and then as a mobile app in November of that same year. By March 2013, it knocked off FarmVille 2 as the most popular game on Facebook.