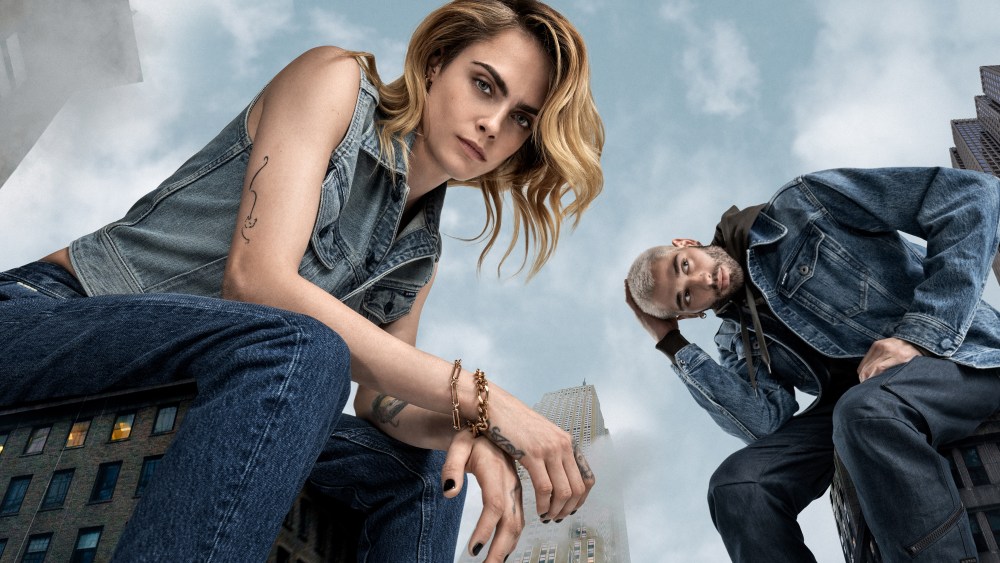 Cara Delevingne is lending her star power to G-Star for the brand’s latest campaign.

The model and actress is the face of G-Star’s Hardcore Denim fall 2022 campaign, which was released Monday. Delevingne appears in the campaign wearing pieces from the brand’s denim collection and posing oversize against a cityscape.

In a press release, G-Star said it chose Delevingne as the face of the campaign because “she fits in perfectly with the brand’s tradition of working with unique talents. Delevingne is a ‘true original’ through her rebellious, outspoken character and her ability to show different aspects to her personality.”

Delevingne appears in the G-Star campaign modeling the brand’s The Stray jeans style, which has a straight fit and is ultra high-rise. The style was inspired by “’50s girl gangs who rebelled against austerity.” She also models the Type 49 jean, which is designed with a high-rise fit and a relaxed straight leg.

This is Delevingne’s latest ad campaign this year. This February, she was the face of Seven For All Mankind’s spring denim campaign. She also played her hand at fashion design this year, releasing a collaboration with late Chanel designer Karl Lagerfeld’s namesake label this summer. She also previously served as the face of Dior’s Joaillerie collections.

Aside from modeling, Delevingne has established herself in the acting world, taking on roles in Hulu’s hit comedy, “Only Murders in the Building,” and previously starring in projects like “Suicide Squad,” “Paper Towns” and “Carnival Row.”