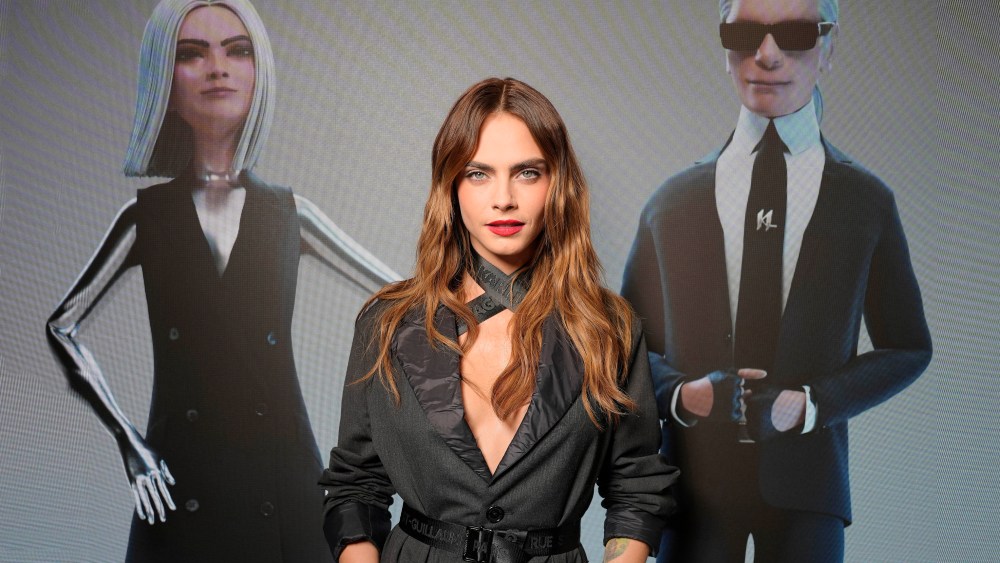 Alton Mason was in a blue mood on Tuesday night, sweeping into Karl Lagerfeld’s headquarters in a furry blue bomber jacket with the hood up, confounding the swarming photographers.

After touring rooms showcasing the Cara Loves Karl capsule collection the brand did with Cara Delevingne, he paused at an iPad to create an avatar, selecting a black outfit, a knotted blue hairstyle and a dance style dubbed “Burn It.” Virtual Alton was then projected on a screen grinding his knees, joining a dance floor of gyrating digital versions of the guests.

The model, who recently portrayed Little Richard in Baz Luhrmann’s “Elvis,” said he would be walking in the Balmain show for the first time. “I love Olivier,” he said, referring to Balmain’s creative director Olivier Rousteing. “He’s so innovative, and he’s one of the young Black designers I’ve always looked up to.”

Amber Valletta, who does an eco collection for the Karl Lagerfeld brand and is its sustainability ambassador, was among VIPs circulating the packed party, the crowds spilling out into the garden.

But the thickest crowds coagulated around the entrance, awaiting Delevingne’s arrival. She gamely posed for photos, rearranging the lapels of her blazer, worn over a torso bare except for some logo straps.