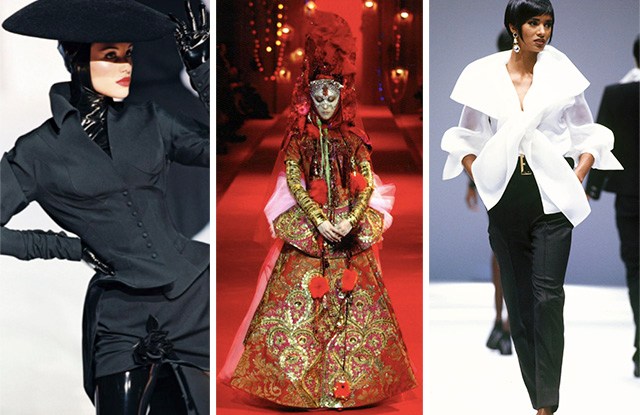 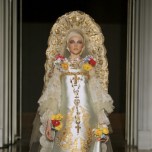 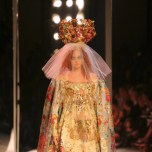 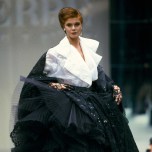 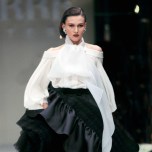 TO THE NINES: Current fashion owes a great deal to the Nineties, and Carine Roitfeld is to showcase a sampling of that decade’s vintage tonight in Florence, where she is staging her first CR Runway fashion show as retailer LuisaViaRoma marks its 90th anniversary.

The French stylist and fashion entrepreneur plans to cap off her 115-exit, multibrand show with a trio of couture wedding gowns from the House of Christian Lacroix, including one from his last show in 2009. “It’s not just a fashion show. It’s like a piece of fashion history,” Roitfeld said. “It’s a bit educational. I want people to learn something.”

Indeed, she related that some of her twentysomething associates were practically weeping when the Lacroix dresses were unboxed. “They had never seen something like that. It’s like a piece of art,” she marveled.

More than 4,000 guests, about half of them members of the general public, are expected to attend the open-air spectacle on the Piazzale Michelangelo.

Recently named style adviser at Karl Lagerfeld, Roitfeld plans to open her show with Nineties ensembles by the late designer, who died in February after an unprecedented fashion career. “Wait until you see these jackets,” she said. “Lagerfeld was one of the first designers to put leggings on the runway — and they were latex already.”

Famously allergic to the past, Lagerfeld never kept an archive of his signature designs, so Roitfeld sourced them from the private collection of Marie-Laure Delaunay. She will parade them alongside some of her first designs for the brand, a capsule dubbed Karl According to Carine.

Other vintage highlights from the show include black shirts and white blouses courtesy of Archivi Fondazione Gianfranco Ferré, and a trio of looks by Helmut Lang courtesy of David Casavant Archive. (Lang, who turned to making art after exiting fashion in 2005, famously shredded his entire fashion archive and molded it into abstract sculptures.)

As reported, CR Runway is a new format of fashion show that aims to unite top designers and models under one umbrella. The coed LuisaViaRoma show, also showcasing current designs, coincides with the Pitti Uomo trade fair.