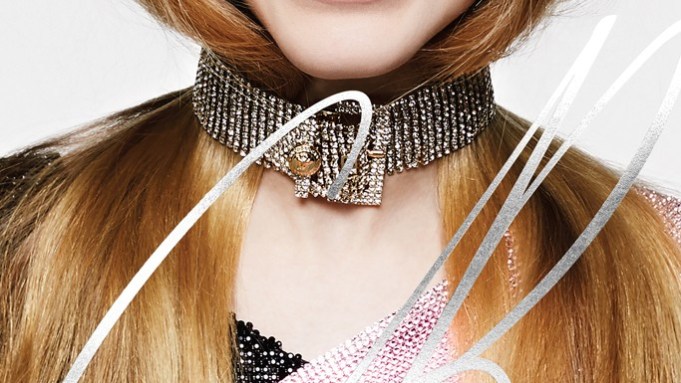 The issue has two covers, a black-and-white fold-out shot by Karl Lagerfeld, and a color one by Anthony Maule. It also includes what is being called a “fantasy campaign” for spring, in which Roitfeld reimagined the key looks and ads of houses such as Altuzarra, Donna Karan, Balmain and Rick Owens. The campaign is captured by Maule, Johnny Dufort and Michael Avedon.

“After putting Beyoncé on my cover last season, I knew there was no way to top the most famous and beautiful woman in the world. So I went in the opposite direction: I chose my favorite fresh faces of the season…girls who are mostly unknown but have a special quality that sets them apart, like big ears or a strange smile,” Roitfeld told WWD. “To me, these models are fascinating because of their imperfections. They represent the new guard of jolie laide — my way of seeing beauty for 2015.”