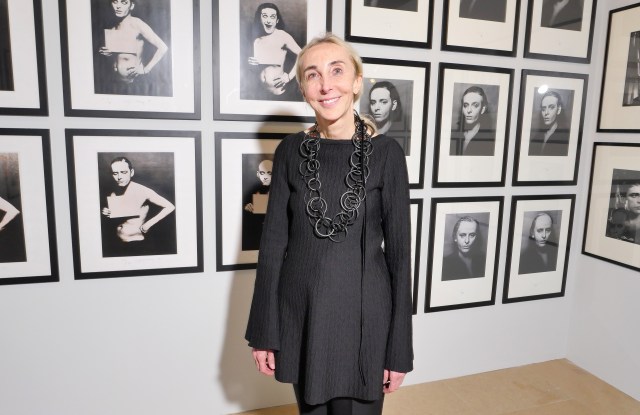 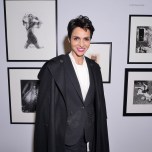 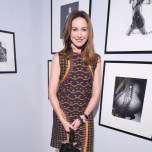 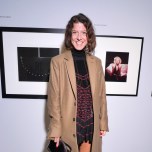 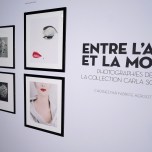 “I didn’t want to collect. This is more the journey of my life,” said Sozzani, noting she began acquiring photos when she started in fashion 48 years ago as a junior copy editor at a magazine, foreshadowing her career as an editor, gallerist and retailer. “Photography is the language of fashion,” she mused.

The founder of 10 Corso Como normally rotates the images in her office and her home, and each tells a story.

A portrait of Christian Dior by Louise Dahl-Wolfe is a particular favorite, depicting the couturier at a patio table strewn with wine bottles and playing cards. “I know he also loves tarot cards, and I do, too,” she said.

An Irving Penn image of African warriors was among her first important purchases in 1974, and the Paris expo boasts such marquee names as William Klein, Horst P. Horst, Steven Meisel, Peter Lindbergh, Helmut Newton and Bruce Weber. Alaïa himself figures in a backstage image by Klein, and poses next to Roversi in a dual portrait.

“Between Art and Fashion” is the title of the exhibition, reflecting the presence of images by Saul Leiter, Erwin Blumenfeld, August Sander and František Drtikol.

“She has a very open eye,” said Fabrice Hergott, director of the Musée d’Art Moderne de la Ville de Paris and curator of the Sozzani expo. “And her collection is a kind of self-portrait.”

It reveals a penchant for moody black-and-white imagery and female figures, often in duos, a wink to her close bond with sister Franca Sozzani, editor in chief of Italian Vogue. The famous likes of Marilyn Monroe and Lauren Bacall hang next to an anonymous bombshell captured by photojournalist Mario De Biasi.

Hergott lauded Sozzani’s more offbeat selections, and he discovered a few lesser-known talents thanks to her such as Angus McBean, who does almost surreal self-portraits, and Heinz Hajek-Halke, an experimental German photographer.