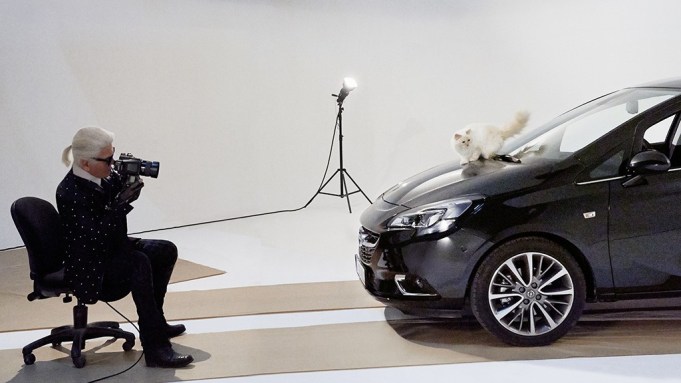 Lagerfeld photographed his pampered Birman gazing into the rear-view mirror, pouncing on the hood and getting her paws on the steering wheel. The calendar, designed to promote the German firm’s Corsa model, is to be distributed to its dealer network in Europe, with an unveiling event scheduled for next February.

Tina Müller, Opel’s chief marketing officer, allowed that supermodel-on-car as a recipe for advertising is “slowing getting boring.”

That said, the likes of Linda Evangelista, Christy Turlington, Tatjana Patiz, Kate Moss and Naomi Campbell appeared in an Opel spot in the early Nineties, jockeying with the compact car for the camera’s attention.