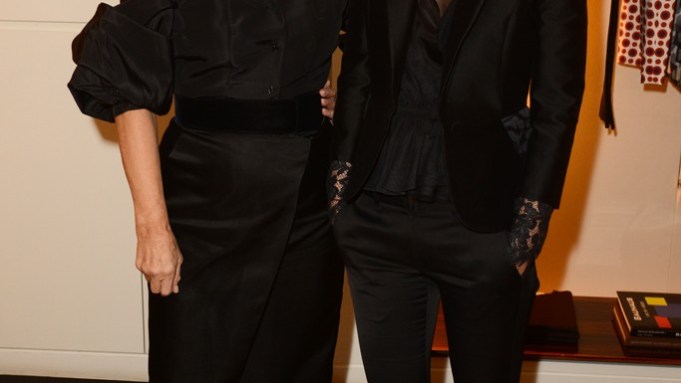 CAROLINA’S CROWD: “It’s going to be badass,” Doreen Remen said, nodding firmly on Wednesday night. “It’s gonna be good.” The Art Production Fund co-founder was on the first floor of the Carolina Herrera Madison flagship where friends of the fund and fans of the designer (those tend to be overlapping entities) gathered for a kick-off cocktail to toast the organization’s upcoming White Glove Gone Wild Gala, honoring Herrera and Linda Yablonsky. The room, a veritable sea of Champagne flutes, was populated by Yvonne Force Villareal, Casey Fremont Crowe, Bettina Prentice, Bonnie Young, Patricia Lansing, Athena Calderone, Herrera, of course, and lithe models in the designer’s spring collection. “I’ve been trying to relax but…” the designer sighed, trailing off when asked how she’s been doing post-New York Fashion Week. “I’ve been packing all day because I have to go to L.A. for the Oscars. It’s always something.”