Carolina Herrera to be Honored by National Portrait Gallery 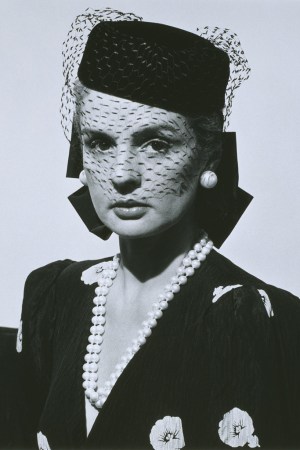 PORTRAIT OF A LADY: Carolina Herrera now has reason beyond her new CH Carolina Herrera boutique to return to Washington, D.C. — she has been named one of the 2015 Smithsonian’s National Portrait Gallery honorees.

Herrera will be celebrated at the inaugural American Portrait gala on Nov. 15 along with fellow winners Aretha Franklin, Maya Lin, Henry “Hank” Aaron and U.S. Marine and Medal of Honor recipient Cpl. Kyle Carpenter. The event singles out individuals whose portraits are in the museum’s collection and each will receive The Portrait of a Nation Prize for their achievements in the arts, business, entertainment, military service or sports and their commitments to service. Herrera’s likeness was captured by the late photographer Robert Mapplethorpe.

The Venezuelan-born designer became a U.S. citizen in 2009.

The museum’s director Kim Sajet said, “Telling the history of this nation through the people who made it is core to our mission, and these honorees are today’s history makers. We are continually working to build the Portrait Gallery’s collection to reflect American achievement by highlighting those who make a difference, and these five people are exemplars in their fields.”

This fall’s gathering in the courtyard of the National Historic Landmark Building aims to raise $1 million to establish an endowment for exhibitions so that future generations can explore American identity through the art of portrayal. Before picking up their respective Barton Rubenstein-sculpted Portrait of a Nation prizes, the U.S. Ambassador of France Gérard Araud will host a private dinner for the honorees at his home.

To mark last month’s opening of her CityCenterDC store, Herrera donated 10 percent of the sales generated during her appearance there to the National Portrait Gallery.