Carolina Herrera Lets the Dogs Out

Designer invites clients and their pets to a cocktail party in Paris. 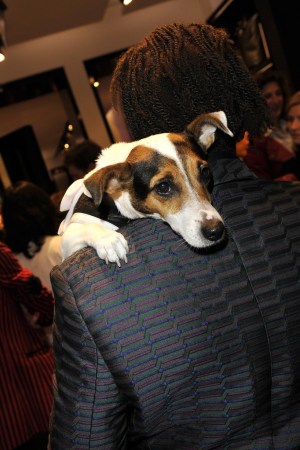 Invited to bring their dogs, a mix of fashionable Europeans, and breeds ranging from bulldogs to terriers, mingled in the sprawling store.

Botero said she is currently pet-less, but grew up on a farm and is partial to big dogs. “The bigger the better,” she enthused, rattling off large breeds including Great Danes and German Shepherds.

Brook, funnily enough, doesn’t have a dog either and is preparing a comedy about divorce with a title Gaspar might not like: “You Keep the Cat.”