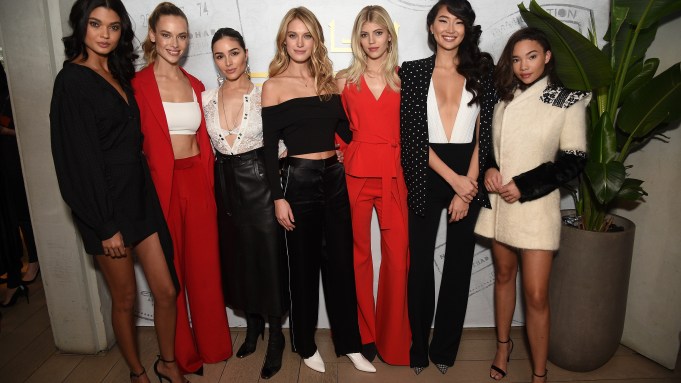 IN THE LIMELIGHT: Caroline Daur is still buzzing from her recent collaboration with MAC, said the rising German blogger at the Elie Saab couture show Wednesday afternoon.

“It was lots of fun, and there could be another one in the works,” she said.

Daur, who has 1.5 million followers on Instagram, might also take her turn in front of the cameras soon — she’s started taking acting lessons in preparation. “It’s not the acting lessons that are difficult, it’s going to auditions and getting picked,” she chuckled.

Anouchka Delon, meanwhile, will be getting her movie debut soon, she revealed, as she is soon to film Finnish director Valto Baltzar’s first feature provisionally titled “The Café of my Memories.”

“I’m also writing a second play with my boyfriend, Julien Dereims, that will be performed in Paris next year,” she said.