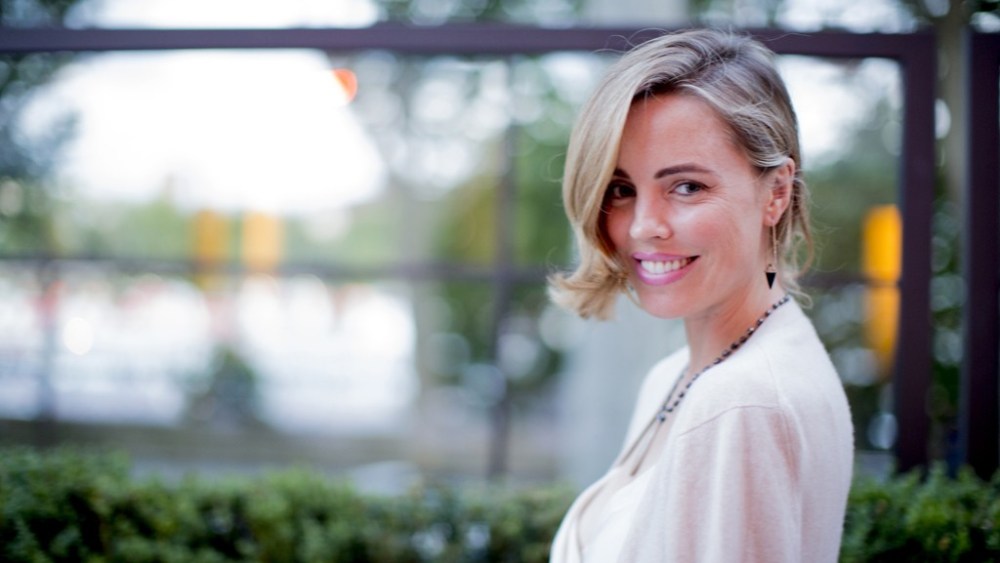 FOSSIL FEVER: Monique Péan, the New York-based designer of eco-friendly one-off jewelry, drew a small yet eclectic crowd for a dinner in the private back room of Monsieur Bleu, the latest restaurant to be located within the Palais de Tokyo in Paris.

“We are both finance geeks who love fashion and love bling,” said the dinner’s host, Caroline Issa, who like Péan started her career at an investment bank before becoming fashion director at Tank magazine and modeling for the jewelry brand.

Péan presented her new collection based on fossilized dinosaur bones. “They are dating back to the Jurassic age and are between 140 million and 260 million years old,” said the designer, upbeat about her upcoming expansion into the European market. “We are in talks with three different partners in France. The first store is definitely coming in the fall, so stay tuned.”

Péan’s jewelry will be on display at Marella Rossi Mosseri’s Galerie Aveline until the end of couture week, along with designs by Fernando Jorge, Melanie Georgacopoulos, Noor Fares and Nikos Koulis.

Also at the dinner was Byredo founder Ben Gorham, who revealed that after joining forces with Manzanita Capital, he will set up his first flagship outside of Sweden this year — though he would not divulge further details.

Meanwhile, Australian actress Melissa George was ready to assume her role of legal advisor on “The Good Wife.”

“We’ll start shooting in September,” said George, fresh off a campaign shoot for a “London-based fashion house with a French name,” she hinted.