On the 20th anniversary of her untimely death in a plane crash, WWD looks back at Carolyn Bessette Kennedy's lasting impact as a style icon. 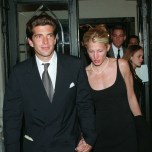 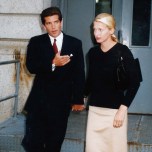 Twenty years after her tragic death on July 16, 1999, Carolyn Bessette Kennedy remains one of the most admired — and referenced — style icons of the Nineties.

The wife of the late John F. Kennedy Jr. and onetime director of public relations at Calvin Klein Inc., Bessette Kennedy cemented her fashion icon status with her minimalist, sophisticated aesthetic with sleek black dresses and casual button-down shirts that many consider as a signifier of Nineties’ style.

Bessette Kennedy’s style lives on today — especially on social media. On Instagram alone, there are dozens of fan accounts dedicated to unearthing long-lost photos of Bessette Kennedy’s fashion looks. Jack Sehnert, who founded the account @carolynbessette, which has 30,000 followers, explained the fascination with the late fashion icon.

“I started this account four years ago as a place to create a modern homage to all that her name instantly conjures,” said Sehnert, who has a day job as design director of handbags and accessories at Steve Madden. “In the years since her death, her name has almost become an adjective to describe an entire way of dressing, be it bridal or off-duty casual. I simply wanted to keep the conversation going in a positive and fun way about an icon who never got the respect she deserved.”

Many have emulated Bessette Kennedy’s looks over the years, including most recently the Duchess of Sussex, Meghan Markle, who at the Endeavour Fund Awards wore a Givenchy white button-down shirt and fitted black skirt that many compared to one of Bessette Kennedy’s most iconic looks.

Before her untimely death in a plane crash with her husband and her sister, Bessette Kennedy was known for catapulting designers into the spotlight. Her friend Narciso Rodriguez, who she worked alongside at Calvin Klein, designed her minimalist wedding dress in 1996. The understated white column number with sheer opera-length gloves shifted bridal fashion into a new, modernist era.

Click through the above gallery to see photos of Carolyn Bessette Kennedy’s iconic style.