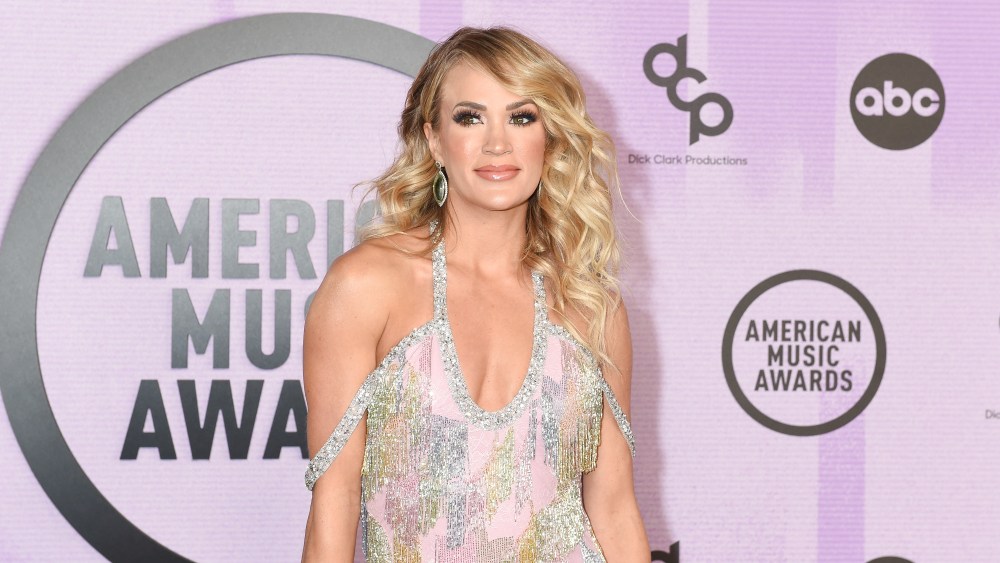 Carrie Underwood arrived on the red carpet for the 2022 American Music Awards on Sunday in Los Angeles in a pink and shimmering multicolored fringe dress from Tony Ward’s spring 2023 collection.

In honor of the ceremony, where the singer was nominated for Favorite Female Country Artist, she wore a pink dress with silver trim at the neckline and shoulders, two off-the-shoulder straps and panels of fringe in blue, dark pink, yellow and green.

The dress also had a thigh slit displaying her silver strappy sandals. The singer accessorized with diamond rings from Nicole Rose Jewelry, a diamond ring by Loree Rodkin and a pair of statement diamond earrings.

The singer worked with stylist Emma Trask to select her look for this year’s AMAs.

For both makeup and hair, Underwood tapped Melissa Schleicher. Underwood went for a red carpet-ready look, including a matte lip, blush, heavy mascara and earth-tone eye shadow. For hair, she had it parted to the side and done in thick, wavy statement curls.