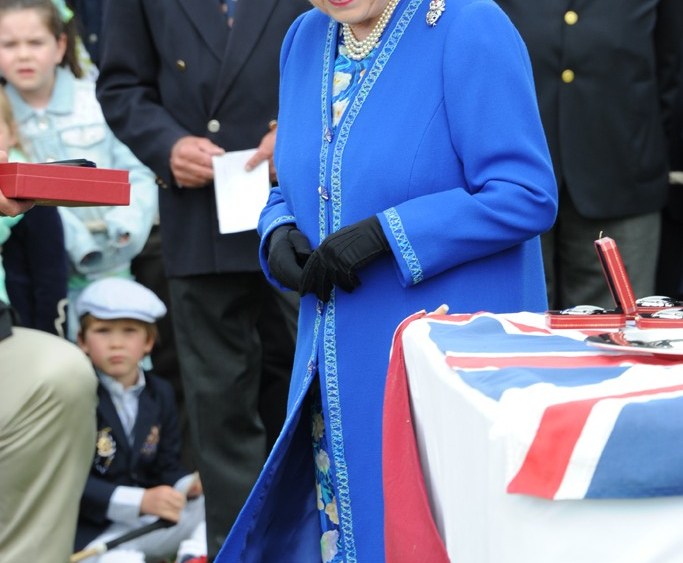 ON THE HOOF: Cartier marked three decades of polo sponsorship on Sunday at the Queen’s Cup Polo final in Windsor Great Park, with guests including Kristin Davis, Michelle Dockery, Bianca Jagger, Queen Noor of Jordan, Boris Becker, Stefanie Powers, Frances O’Connor and Tamara Beckwith. It was the jeweler’s third year supporting this specific tournament, and Queen Elizabeth and Prince Philip both attended the event at the Guards Polo Club.

Dockery is filming season five of “Downton Abbey,” and said she’s happy with her “more colorful” costumes, now that her character, Lady Mary, is out of mourning. The on-screen aristo is also spending more time outdoors: “I’ve just started riding again on set this week,” said Dockery, looking svelte in a white Antonio Berardi dress and leopard-print heels. “My horse is called Oscar — he’s wonderful and he’s been in everything — his CV is almost as long as Maggie Smith’s!”

Becker was there with his wife Sharlely “Lilly” Kerssenberg and son Amadeus, who amused himself playing with all the guests’ dogs.

“This is my first match of the year,” said Becker. “I could never play it myself as I’m not a good enough rider, but I love horses and have a real affinity for polo.”