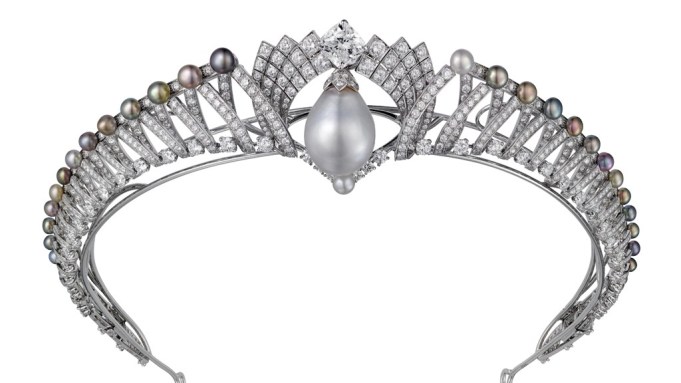 NO STONE UNTURNED: “I have an obsession with stones,” said Ali Mahdavi, strolling through the preview of Cartier’s Biennale collection called Royal at the Palais Potocki in Paris on Thursday night. The Tehran-native related that as a little boy, before the revolution in Iran, he used to help his mother pick bijoux for her private pleasure: “It was like LSD — I would get lost in them.”

Mahdavi has lately also developed a taste for movies. Following the short film “Forbidden Love” featuring Dita von Teese, which he directed, the photographer and Crazy Horse artistic director is working on a remake of “Cabaret” set in Iran. “But since I am not allowed to go back, we will shoot in Morocco,” Mahdavi noted, naming singer Adele as his preferred pick for the leading role.

The 104-piece Cartier collection included some rare gems, such a cornflower blue sapphire from an ancient mine in Kashmir and an extra large, natural pearl that once belonged to Queen Mary, wife of King George V.

The preview was interspersed with the house’s archive items Cartier systematically scouts around the globe. Chief executive officer Stanislas de Quercize said the brand recently snapped up a $25 million jade necklace Barbara Hutton used to wear. “But it’s tough. People easily part ways with art pieces and vintage furniture, but they hold on to the jewelry,” he said.

Lambert Wilson and Elie Top were among the guests who took in the collection.