Kim Kardashian and business partner Brian Lee have scored a $40 million investment for their online footwear and accessories site ShoeDazzle.com. 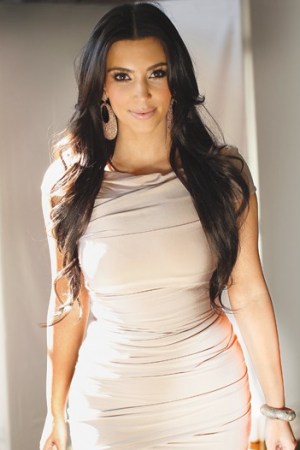 CASH FOR KARDASHIAN: Celebrity Kim Kardashian and business partner Brian Lee have scored a coup with a $40 million investment led by venture capital firm Andreessen Horowitz for their online footwear and accessories site ShoeDazzle.com. Andreessen Horowitz is also an investor in Facebook, Foursquare, Groupon, Skype and Twitter. Lee, chief executive officer and co-founder of the e-commerce site, said the funding will help the company expand into new categories and internationally. “We are launching in the U.K. in the next couple of months,” he said, noting that the firm is also in discussions to expand into Asia by the end of the year and South America after that.

The site has more than 3 million subscribers. John O’Farrell, general partner at Andreessen Horowitz, said, “ShoeDazzle is the first vertical e-commerce business we’ve invested in,” noting that it was attracted to the firm’s use of social media and its subscription model, believed to be the first of its kind on the Web, which guarantees regular income every month. After three financing rounds, the two-year-old ShoeDazzle has attracted more than $60 million in venture capital financing. Of course, Kardashian probably doesn’t hurt when attracting investors, either.

DENIM MAKES A DIFFERENCE: Flash sale Web site HauteLook has teamed with Project trade show to launch Denim Unites for Peace, an online charitable fund-raising sale benefiting Falling Whistles. Premium denim brands participating in the sale include Joe’s Jeans, True Religion, Hudson, Citizens of Humanity, J Brand, Current/Elliott, Siwy, Acne, Nudie, Kasil, AG Adriano Goldschmied and Seven For All Mankind. HauteLook, which was acquired by Nordstrom in February, will host the three-day sale beginning May 18. All denim pieces will retail for under $100, with 100 percent of the proceeds going to Falling Whistles, which supports war-affected women and children in Congo.

CASH FOR GOLD: Among the talking points during Wednesday night’s CFDA panel discussion on the influence of costume jewelry in fashion (panelists included Cameron Silver of Decades, Candy Pratts Price of Vogue, Janie Bryant of “Mad Men” and Gabrielle Fialkoff of Miriam Haskell) were the well-parsed topics of producing in China, placement on Michelle Obama and the fact that costume jewelry is popular right now. Also, flea markets are a good place to shop for it.

Perhaps the most interesting yet irrelevant thing to emerge from the 45-minute session was Silver’s anecdote about a client who melted down her mother’s vintage gold belt and was paid $9,000 for it. The lesson: Selling your vintage gold fashion is chicer than pawning it.

JUDAS FEAST: Jean Paul Gaultier is going gaga for media projects. The indefatigable designer has signed on to guest-edit an issue of Libération, the left-leaning French daily, and Gala, the celebrity-obsessed weekly, sometime next month. And speaking of Gaga, Gaultier interviewed the famous Lady for a documentary on her life and work slated to air June 9 on French station TF6. A teaser posted on YouTube depicts the pop star fondling bolts of lamé at the couturier’s headquarters, and posing for a photo session dressed as a nun — with Gaultier as a priest.

LIGHTHEARTED: Mariuccia Mandelli turned to the lighting designer Ingo Maurer, a longtime friend, to create oversize hanging domelike lamps for all of the Krizia boutiques. In the month-old New York boutique in the Meatpacking District, three futuristic ones cast a warm light on the Krizia, Krizia Top and Krizia Poi collections, as well as accessories, jewelry and perfumes. Located just steps from the High Line Park at 446 West 14th Street, the monochromatic store also houses a smattering of art and is framed by four bright red columns. Mandelli is expected to check out her friend’s handiwork in the next month or two. The designer is such an admirer that she hosted an exhibition of her work during last month’s Salone del Mobile in Milan.

NEW ROLE: French actress Leïla Bekhti has joined the team of L’Oréal Paris spokesmen. Her cinematic career began in 2005 in Kim Chapiron’s movie “Sheitan,” and she was named the most promising actress at the César awards this year. Bekhti stars in Radu Mihaileanu’s “La Source des Femmes,” which will premiere on May 21 at the Cannes Film Festival. L’Oréal Paris’ other spokesmen include Beyoncé Knowles, Rachel Weisz, Gwen Stefani, Jane Fonda and Patrick Dempsey.