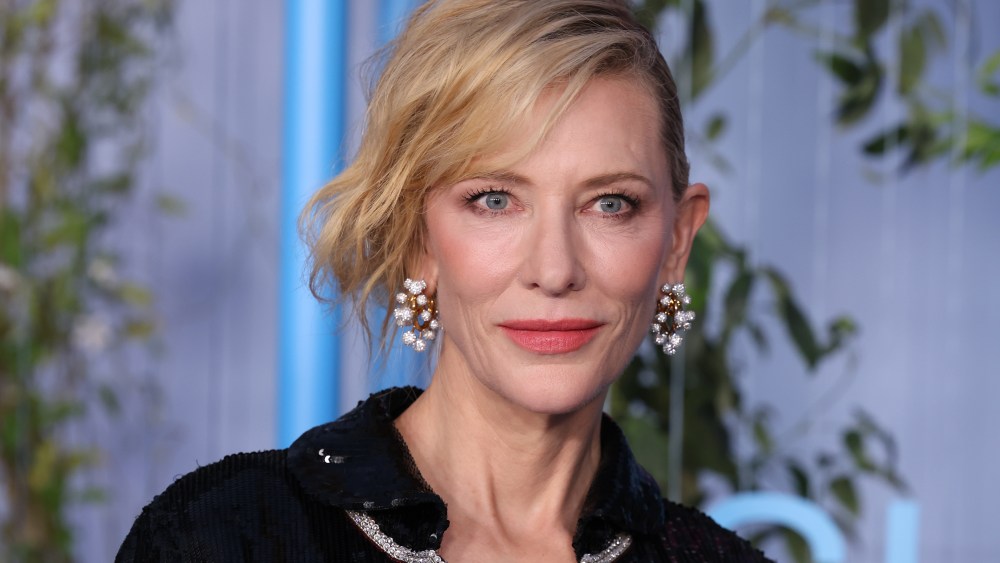 Cate Blanchett is continuing her winning style streak during the promotional tour for “Tár.”

This is Blanchett’s latest public appearance to promote the film. Earlier this week, the actress attended the “Tár” premiere during the 60th New York Film Festival, wearing a Proenza Schouler black, fitted jumpsuit with oversize sleeves from the brand’s spring 2023 collection.

Blanchett also had multiple appearances at the Venice Film Festival to debut “Tár,” wearing several notable looks there, too. She started off at a photo call event where she wore a powder blue blouse and matching trousers from Roksanda. She then opted for a three-dimensional, floral jumpsuit from Schiaparelli to wear at the film’s premiere. Blanchett ultimately won the best actress award at the festival.

During Milan Fashion Week, the actress attended the Camera Nazionale della Moda Italiana’s Sustainable Fashion Awards, where she walked the red carpet alongside model Lauren Hutton and designer Giorgio Armani. For the occasion, Blanchett looked to Armani, wearing a black sequined jumpsuit from the designer’s fall 2012 ready-to-wear collection. Blanchett had also worn the look at the Venice Film Festival.