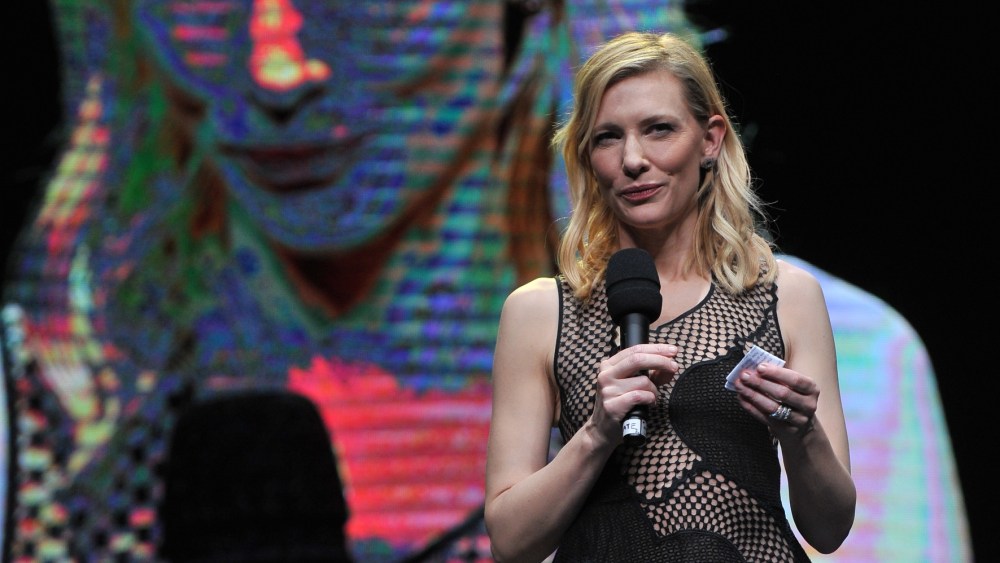 BLANCHETT’S LATEST ROLE: “I think Annie has actually staged her own kind of mini-revolution,” said Cate Blanchett during a dinner in London on Monday to mark the launch of the 2016 Pirelli calendar, referring to Annie Leibovitz’s unconventional choice of models for the project.

“We as women can speak to our strength and our good humor, our achievements and the fact that we come in all sorts of shapes and sizes and different colors, and we can speak to all of this in the sometimes receptive corners of the world and synthetic outlets,” added Blanchett, who was dressed in a black Stella McCartney gown.

A mix of calendar models and other guests gathered at the Roundhouse in Camden to hear Blanchett grill Leibovitz onstage about the project. In the empowering spirit of the evening, the two women bowed to each other respectfully before the interview. Guests included Livia Firth, Geri Halliwell, Yao Chen, Tavi Gevinson and Ozwald Boateng, while Gloria Gaynor performed “Goin’ Out of My Head” at the end.

“We have a new opening,” said Blanchett. “The Pirelli calendar has long been a gold standard for traditional images of female beauty and so-called ‘sexy women’ — which I am trying to imitate ce soir. Pirelli is reminding us that women are grand and spectacular, diverse and fascinating creatures, who are not only capable of, but are actually doing, extraordinary things in the world.”

Leibovitz said she had wanted to do “very shapely women,” and do so very honestly. “I’m not too sure if they knew what they were getting themselves into,” she said of her subjects, who included Patti Smith, Yoko Ono, Serena Williams and Natalia Vodianova.

Leibovitz also tried to create images that were as authentic as possible. “I think the main thing is you want Patti Smith to still be Patti Smith on some level,” she said. “I mean, there were certainly surprises — Patti surprised us. I want to thank Pirelli. What’s great is that they give every photographer a chance to create their own world. They gave us space — and it’s in a context, and you think ‘that’s right, that’s right.'”