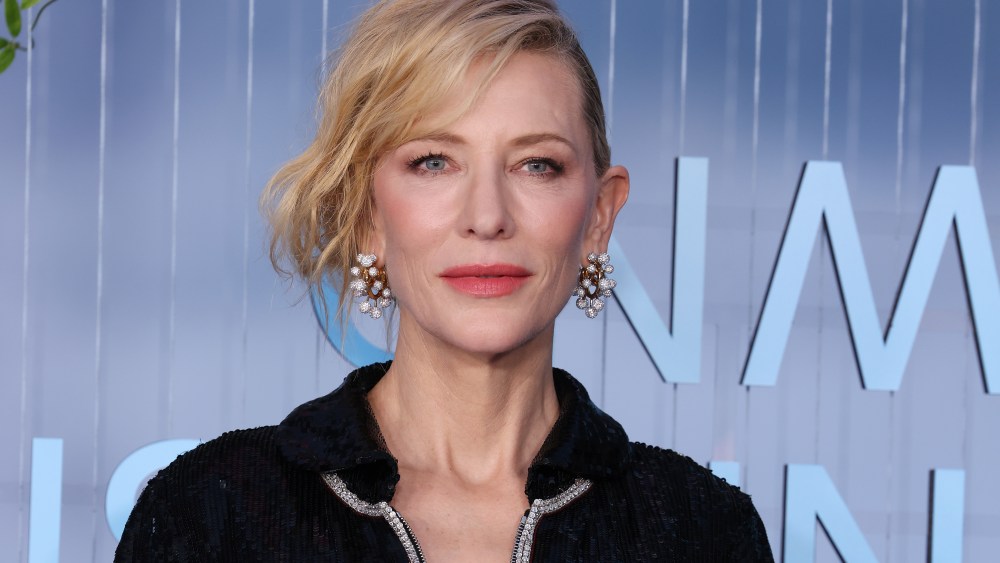 Cate Blanchett looked to her past outfits for her latest red carpet appearance.

Blanchett previously wore the jumpsuit earlier this month at the Venice Film Festival, where she won the award for best actress. The actress’ look at the awards ceremony was styled by her longtime stylist Elizabeth Stewart.

On the red carpet, Blanchett posed alongside Armani himself, who received the visionary award. The duo posed on the red carpet alongside model Lauren Hutton and Roberta Armani, Armani’s niece.

Blanchett is no stranger to rewearing high-fashion looks on the red carpet. She’s previously worn the same black lace Armani Privé dress at the 2014 Golden Globes and at the 2019 Cannes Film Festival, as well as the same floral appliqué Alexander McQueen top at the 2016 BAFTAs and the 2020 Venice Film Festival.

The actress’ Armani sequined jumpsuit is her latest standout fashion moment this month. Blanchett made several appearances at the Venice Film Festival, where she wore looks like a three-dimensional floral jumpsuit from Schiaparelli at the premiere of her film “Tár,” and a matching powder blue Roksanda set at the “Tár” photo call.