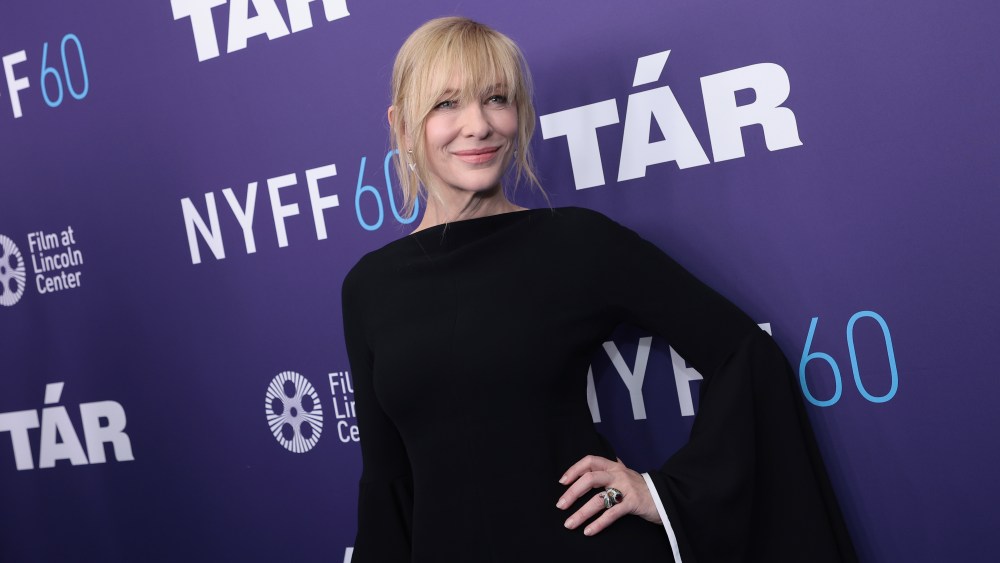 Cate Blanchett had another standout style moment on the red carpet.

The Oscar-winning actress attended the premiere of her new film, “Tár,” on Monday night during the 60th edition of the New York Film Festival wearing a look from Proenza Schouler’s spring 2023 collection. Blanchett’s outfit included a black fitted jumpsuit with oversize sleeves embellished with a white trim. She was styled by her longtime stylist Elizabeth Stewart.

Blanchett was joined at the premiere by “Tár” director Todd Field and costars Nina Hoss, Sophie Kauer and others. The drama tells the story of a renowned composer who is faced with challenges just as she’s about to achieve a career milestone. “Tár” debuts in theaters on Friday.

The actress has had many standout style moments while promoting “Tár” over the last month. Blanchett attended the 2022 Venice Film Festival last month where she had several memorable fashion moments, such as at a photo call event where she wore a powder blue blouse and matching trousers from Roksanda. She also attended the “Tár” film premiere in Venice wearing a 3D, floral jumpsuit from Schiaparelli.