The French actress will be featured in window displays and a documentary. 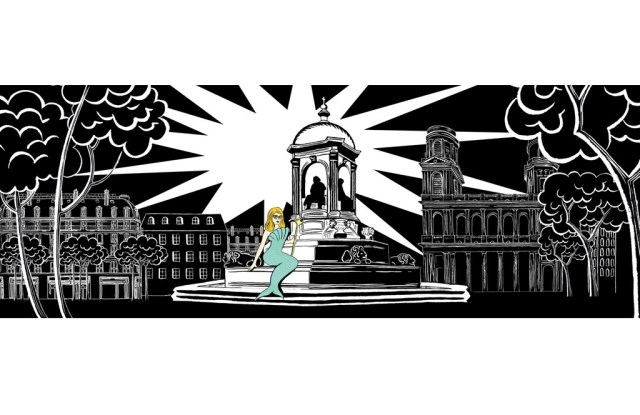 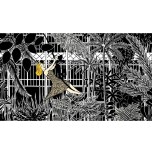 The French style icon will feature in window displays and a documentary directed by Loïc Prigent, both of which showcase her favorite spots on the French capital’s Left Bank, where the department store is located.

This story first appeared in the August 27, 2012 issue of WWD. Subscribe Today.

From Sept. 8 to Oct. 6, the store windows will feature three-dimensional versions of 10 illustrations by Marjane Satrapi showing Deneuve in humorous situations, such as swinging through a greenhouse wearing a leopard print dress. Deneuve did a voice-over for Satrapi’s award-winning animated film “Persepolis.”

A limited edition of 160 boxed sets, containing all 10 illustrations, will be sold for 900 euros, or $1,100 at current exchange, with a percentage of profits going to the nearby Necker hospital for sick children.

Le Bon Marché will set up a temporary screening room on its ground floor from Sept. 15 to Oct. 27 to screen the documentary “Catherine Deneuve Rive Gauche” (“Catherine Deneuve Left Bank” in English), which will also be broadcast on cable television channel Paris Première as part of a week-long Deneuve festival.

Asked to describe the spirit of the Left Bank, the “Belle de Jour” star said: “Relaxation, freedom, fantasy…Being able to go from the Café de Flore to the Panthéon cinema and buy a book on the way.”