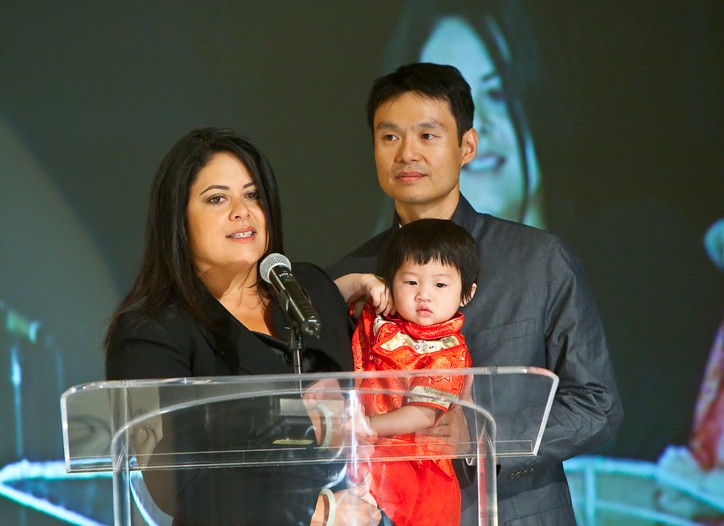 The Washington elite shed its usual black tie uniform in favor of a colorful array of batik prints to fete an exhibit of Indonesian textiles collected by President Obama’s mother at the Mandarin Oriental Hotel in Washington on Saturday. Obama’s sister, Maya Soetoro-Ng, spoke to the gathered U.S. and Indonesian dignitaries, administration officials, business people, and Washington’s political and social elite about how important batik textiles, and the women in Indonesia who made them by hand, were to her mother, Anne Dunham.

A fashion show featuring the work of Indonesian designers Priyo Oktaviano and Sebastian Gunawan anchored a dazzling cultural program featuring traditional Indonesian dance and music performances, as well as a collection of traditional textiles and demonstrations of Batik techniques to launch the exhibit in Washington. The event kicked off the final leg of the touring exhibit of Dunham’s collection, called “A Lady Found a Culture in it Cloth: Barack Obama’s Mother and Indonesian Batiks,” which will be at the Textile Museum in Washington until Aug. 30. The evening was sponsored by the Embassy of Indonesia, The Textile Museum, the U.S.-Indonesian Society, the U.S. Chamber of Commerce, the USASEAN Business Council and the Asia Society.