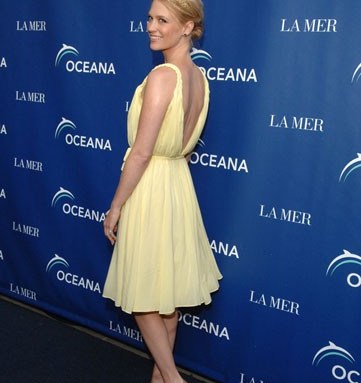 SEA AND BE SEEN: Environmental nonprofit Oceana celebrated World’s Ocean Day with three parties in as many days. On Monday, Nautica and Vanity Fair cohosted an affair in New York where everyone in attendance was on board with saving the planet. “Without water, forget about it, we’re all in trouble,” said Ramona Singer of “The Real Housewives of New York. “And skin care, I love skin care, with the algae, because algae is the building block of collagen and that’s important, right? I need algae in my skin care products.”

“I love the water, I love what it has to offer and it’s free,” concurred Singer’s Garden State counterpart, Danielle Staub of “The Real Housewives of New Jersey.” You can go and you can be alone with your thoughts, and the waves wash away and when they come, it brings you a new hope, a burst of energy.”

La Mer hosted a second gathering that same evening at a private home in Los Angeles where co-hosts January Jones and Virginia Madsen, Melora Hardin and Nicollette Sheridan told their tales of marine life. “I got [scuba] certified in Australia and saw an incredible spotted leopard shark that was 13 feet long,” said Hardin.

Maureen Case’s recent swim with sharks during a trip to Belize got her blood pumping. “It’s a major rush,” raved the admitted adrenaline junkie.

And then on Saturday, La Mer hosted another party with Oceana and Saks Fifth Avenue at actress Kate Walsh’s home. “I’ve always loved the ocean and grew up on the beach, so this was a natural for me,” Walsh said of her commitment to the charity. “When I went to college I wanted to be a marine biologist, but decided to become an actress instead so I could be everything.”