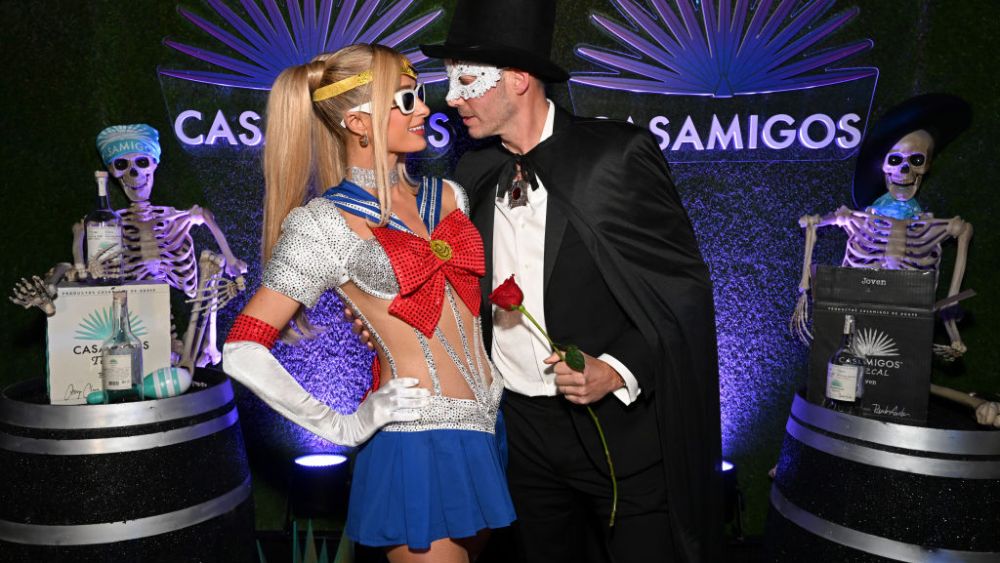 Celebrities might get to regularly wear extravagant looks on the red carpet, but Halloween is a time for them to channel a character that has nothing to do with their presence on stage or on screen. Celebrity inspiration for costumes this year came from classic cartoon characters, anime characters and even other real-life celebrities.

Josh Duhamel and his wife Audra Mari attended Casamigos’ Halloween Party dressed as one of the most tabloid-headlining couples of the 2000s, Anna Nicole Smith and the 89-year-old billionaire she married, J. Howard Marshall. Duhamel included a walker, while Mari sported a curly, blond wig and Playboy Bunny-like onesie. Duhamel had a bald cap covering his hair.

Janelle Monae decided to channel another diva for Halloween, Diva Plavalaguna from the sci-fi film “The Fifth Element.” Monae worked with her stylist Mandel Korn to become the spitting image of the character — down to the blue skin and tentacles. The costume was from Alex Navarro Designs, who is known for custom fantasy wear.

Presley Gerber and Lexi Wood played on childhood nostalgia with a Fred and Wilma Flintstone couples’ costume. Gerber put a luxury twist on his costume by wearing a long-sleeve white Chrome Hearts T-shirt underneath his costume.

Neil Patrick Harris and husband David Burtka always pull out all the stops for a family-ready costume with their two children. This year was no exception as they dressed up as iconic fast-food characters, with Harris as Ronald McDonald, Burtka as the King from Burger King, their daughter dressed as Wendy from Wendy’s, and their son dressed as Colonel Sanders from KFC.

Paris Hilton and husband Carter Reum dressed up as one of the most iconic couples in Japanese anime, Sailor Moon and Tuxedo Mask. Hilton wore her version of Sailor Moon’s signature sailor fuku-inspired uniform with a glittering silver bone corset bodice and glittering silver shoulder pads. Reum was cape-clad as Tuxedo Mask complete with a top hat and signature rose accessory.

Heidi Klum has made a name for herself as the reigning celebrity queen of Halloween with her annual costume parties. She’s known for her over-the-top costumes, and this year she decided to go dressed as an earthworm while her husband, Tom Kaulitz, was a fisherman with a pole, playing on the worm with a hook idea. Klum’s worm costume was a head-to-toe look completed with ridges, a curved head and long tail.