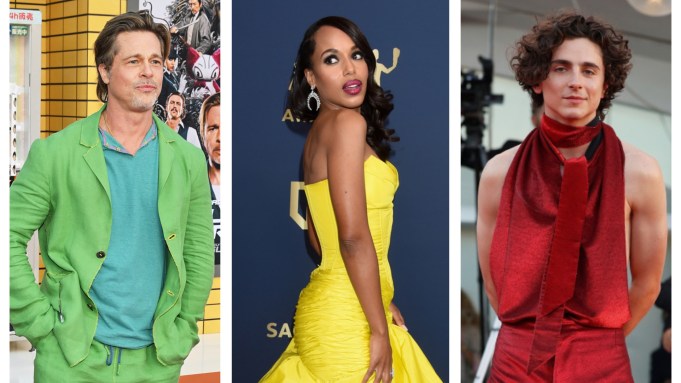 Pantone’s spring 2023 color predictions have already made an impression on today’s biggest stars.

Although the color institute released its spring 2023 color report on Wednesday, many celebrities including Zendaya, Lizzo, Jared Leto, Brad Pitt, Timothée Chalamet and others have already looked to the 15 color predictions for their red carpet looks this year.

One of the biggest colors that has popped up on the red carpets is Pantone’s Beetroot Purple, which is described as an “emboldened fuchsia.” The hue is similar to the magenta color that took over Valentino’s fall 2022 ready-to-wear collection. Beetroot Purple has been seen this year on Ariana DeBose in Valentino at the SAG Awards, Alessandra Ambrosia in Ermanno Scervino at the Venice Film Festival and Zoey Deutch in Alexander McQueen at the Critics’ Choice Awards, among others.

Another bright spring 2023 color trend is Empire Yellow, which is a “luminescent yellow that radiates joyfulness,” according to Pantone. The color has been seen on Kerry Washington in Celia Kritharioti at the SAG Awards, Olivia Wilde in Gucci at the Venice Film Festival and Chloe Bailey in Area at the Met Gala.

On the lighter side, Pantone predicted that Vanilla Cream — a “soft and delicious creamy tone” — will be a big classic color this spring. Vanilla Cream has been embraced so far on the red carpet by Leto in Gucci at the Critics’ Choice Awards, Jodie Turner-Smith in Gucci at the Met Gala and Elle Fanning in Armani Privé at the Cannes Film Festival.

For more celebrities wearing Pantone’s spring 2023 colors, click through the above gallery.