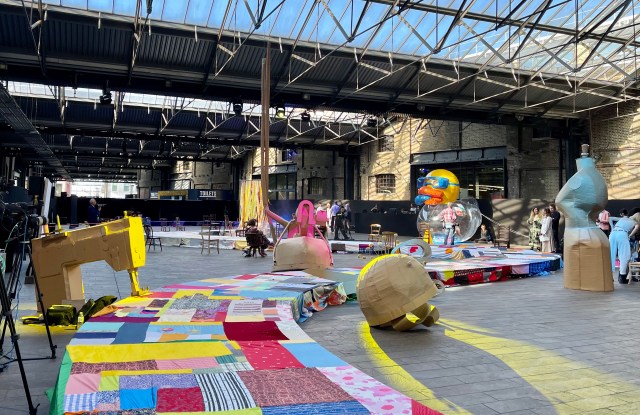 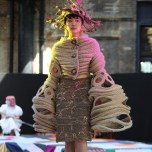 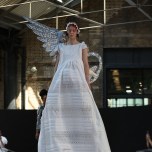 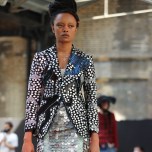 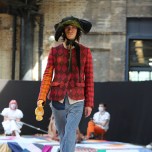 LONDON — After going digital last year due to COVID-19 restrictions, Central Saint Martins BA Fashion has returned to a physical showcase with an unusual, but optimistic, lineup of graduate shows.

Usually, the fashion course would host an internal show first, then select around 40 standout students to showcase six to eight looks from their graduate collections during a live presentation for press.

This year, instead, the show included nearly everyone. Some 102 designers donned one defining look from their graduate collections, and walked down the runway. In some cases, the designer’s friends showed off the clothes.

While it’s difficult to form an opinion about a designer based on just one look, the format did offer more variety to viewers in terms of design, concept and showmanship. It also allowed the audience to have the final say on the standout collections.

The event was hosted next to the Central Saint Martins building on Granary Square under the semi-open-air Victorian-era steel and glass West Handyside Canopy. The snaking runway was covered with patchwork fabrics and oversized props including a mannequin, a pair of scissors, and an iron. Guests were socially distanced. 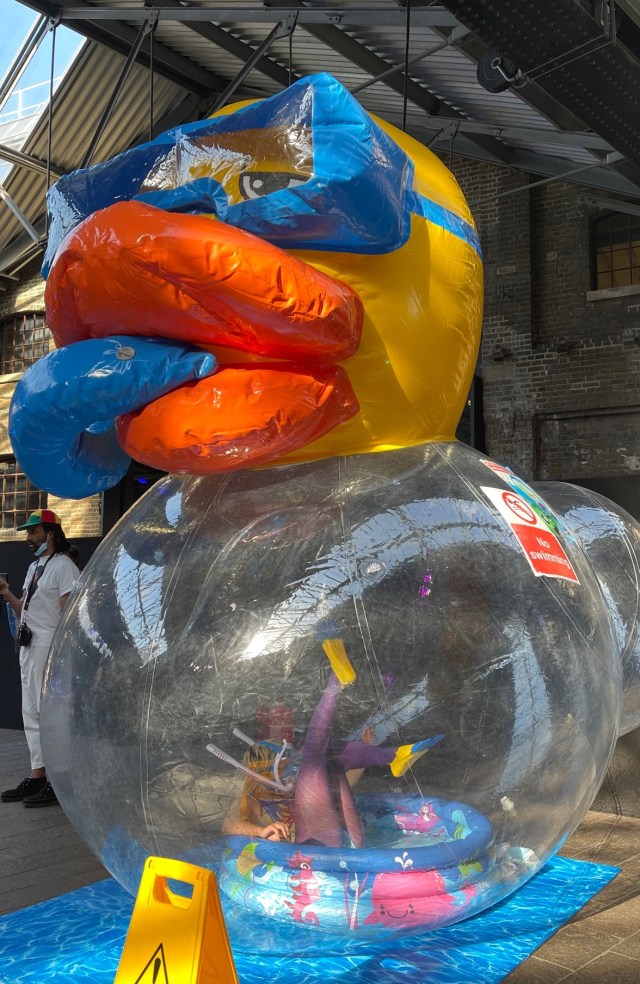 Before the show, a giant plastic duck appeared, created by print graduate Xavier Chen. A model dressed like a diver sat inside the duck the entire time while wearing a snorkel mask.

Women’s wear student Claudia Gusellahe opened the fast-paced runway show. She modeled a voluminous dress made with hundreds of eggshells. The title of her collection was “Everything Is Great” and its central concept was “overcoming a traumatic event and finding acceptance.” 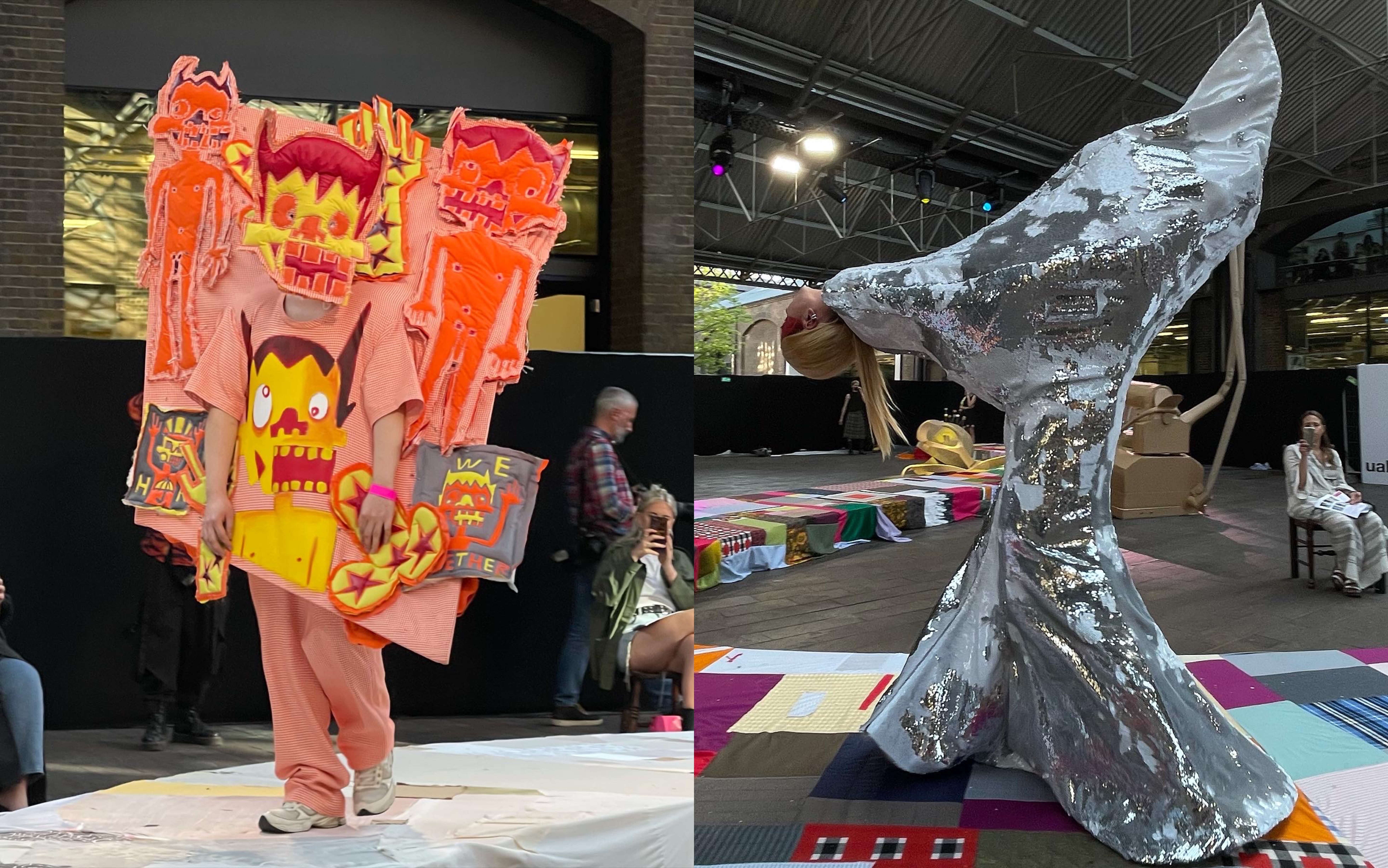 Other standouts included designer Stevie Boy, who used his designs to show solidarity with the pro-democracy movement in Hong Kong. While wearing a mask to cover his real identity, he wrote “Fight for Hong Kong” on his back.

Print graduate Arthur Lai used Slinky toys as embellishments on a simple silhouette. The toys bounced as the model moved, and it felt like an art installation. Mathilde Schaub surprised the audience with what appeared to be a gravity-defying walk. A model carried the designer down the catwalk and both were covered in a big silver dress.

It featured 3D-like, mirage-effect prints based on his paintings that focus primarily on beauty and esoteric symbolism, representing his “hazy and sometimes unclear state of mind.”