By Samantha Conti on May 3, 2018
View Slideshow 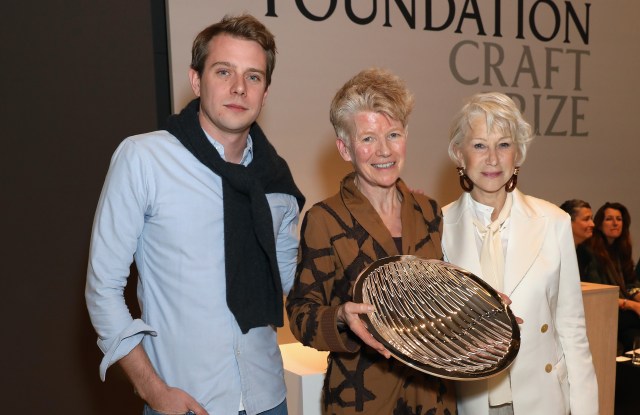 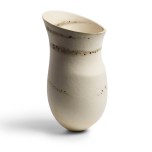 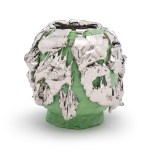 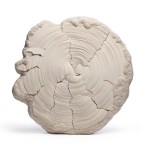 “Are we both allowed to cry now?” asked Lee, whose spare, hand-coiled clay vessel wowed judges, including the prize’s founder, Jonathan Anderson, creative director of Loewe.

Mirren pointed to the “timelessness” of Lee’s work, which is called “Pale, Shadowed Speckled Traces, Fading Elipse, Bronze Specks, Tilted Shelf, 2017.” She called the 30 works in the competition “extraordinary manifestations of human abilities.”

Accepting the 50,000 euro award and silver bowl trophy designed by Alex Brogden, the Scotland-born Lee said that in “the age of the digital and mechanical, it is mind-boggling to see posters about this craft prize on the Tube.”

Lee’s work is on show in more than 40 public collections around the world. She has developed her own method of coloring by mixing metallic oxides into clay, and uses ancient techniques of pinching and coiling to create her work.

Some 30 craftspeople of various ages and nationalities competed for the prize, and their work will be on display at The Design Museum until June 17.

Honorable mentions were given to Takuro Kuwata for his porcelain, platinum and steel work, “Tea Bowl, 2017” and to Simone Pheulpin for “Croissance XL, (XL Growth), 2017.”

Pheulpin worked thick strips of cotton and muslim into what resembled a geological rock formation.