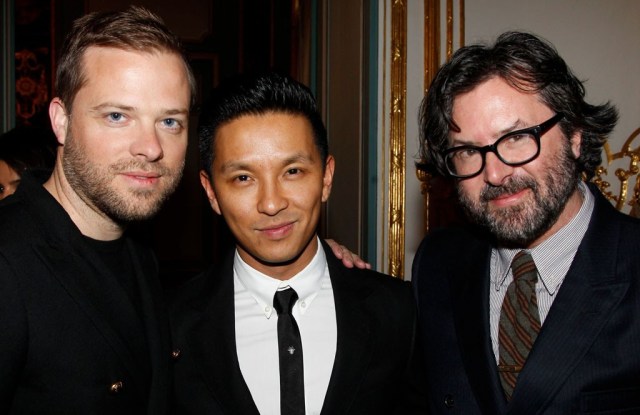 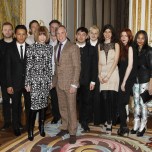 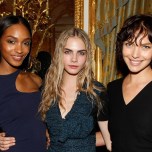 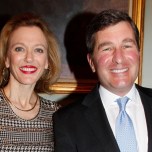 BUILDING BRIDGES: “I went bankrupt when I was 25 — and it was my master’s degree. It was really a wake-up call,” said Tommy Hilfiger Friday night in Paris, speaking before an audience of young American designers gathered under the gilded ceilings of the American ambassador’s residence. Notables such as Billy Reid, Prabal Gurung and Eddie Borgo attended the event, an initiative of the CFDA/Vogue Fashion Fund hosted by Ambassador Charles Rivkin and his wife, Susan Tolson. “Designers have to be not only creative people but business people,” Hilfiger explained during cocktails, where he mingled with the likes of Lanvin investor Ralph Bartel. A clutch of European fashion executives were there, too, including Celine’s Marco Gobbetti, Chloé’s Geoffroy de la Bourdonnaye and Yves Saint Laurent’s Paul Deneve. Hilfiger, who launched his business with $150 and 20 pairs of jeans sold out of the back of a car, today boasts more than 1,200 stores in the world — and he hinted that a European fashion show could be in the cards. In the interest of furthering the chances of the next crop of talent, Hilfiger said he will sponsor the “Americans in Paris” event for one more season. Addressing the crowd in French and English, Rivkin called fashion an “important bridge between our two cultures.”