The bash was held at the Paramount Hotel in New York, which is real estate mogul Aby Rosen's latest trophy property. 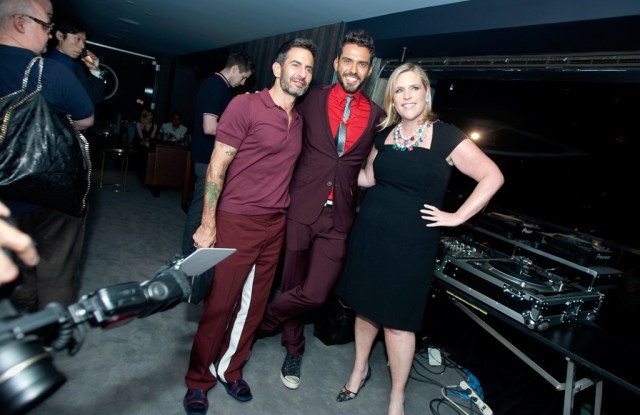 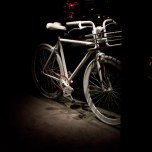 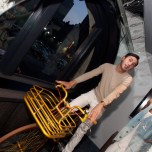 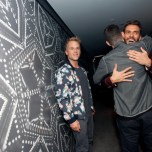 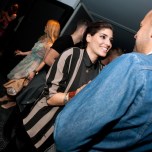 CHAIN GANG: Real estate mogul Aby Rosen is aiming to make his latest trophy property, the Paramount Hotel in New York, hip again and he enlisted Lorenzo Martone to throw a bash there for his Martone Cycling Co. launch Tuesday. Chrissy Teigen was an incongruous sight gingerly tottering on stilettos down tourist-clogged 46th Street as she made her way into the renovated hotel, joining Marc Jacobs, Brian Atwood, Nate Berkus, Ariel Foxman, Peter Som, Rafé Totengco, Alejandro Ingelmo, Rogan Gregory, Carlos Souza, Cory Bond and Ruffian’s Brian Wolk and Claude Morais. “I’d almost risk my physical well-being to ride one,” said Jacobs of his ex-paramour’s bike designs in vivid hues, showcased in windows ringing the hotel lobby. “I think I’m going to get one just to put in my living room and look at. It’s a really beautiful object.”

Rosen said he and his wife, Samantha Boardman, already have a pair of the bikes that they ride in Southampton. Vogue’s Hamish Bowles was the new company’s very first customer and he recently pedaled his purchase, an all-white version, to the Frieze Art Fair. The $899 cycles are available in a handful of specialty shops and on martonecycling.com, with a launch on saksfifthavenue.com coming next week. A line of Martone Cycling Co. helmets, locks, lights and cycling apparel will launch in the fall.