It was the only one of Gabrielle Chanel’s homes that she entirely imagined, constructed and decorated. 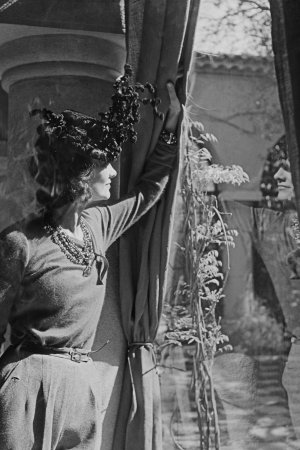 HOUSE PROUD: Chanel said Wednesday that it has purchased Gabrielle Chanel’s villa La Pausa in the south of France. It is the only one of her homes that she entirely imagined, constructed and decorated.

This story first appeared in the October 1, 2015 issue of WWD. Subscribe Today.

During the Twenties, the designer had visited the area with the Duke of Westminster. She decided to build a home overlooking the Mediterranean and Roquebrune-Cap-Martin.

Chanel bought the land in the late 1920s, and the construction of the villa ended in January 1930.

The house’s architecture has numerous references to that of Aubazine, the orphanage (and former abbey) where Chanel spent her adolescence. The furnishings were “new, simple and modern,” and caused an immediate sensation, according to the house of Chanel.

Following the death of the Duke of Westminster in 1954, Chanel sold La Pausa and its contents to the American author and editor Emery Reves, who welcomed friends such as Winston Churchill, Greta Garbo and Jacqueline Onassis there.

“It is therefore an essential witness to the life of Gabrielle Chanel, which today joins the patrimony of Chanel,” the house stated.

La Pausa is to be renovated in the spirit of its origins.