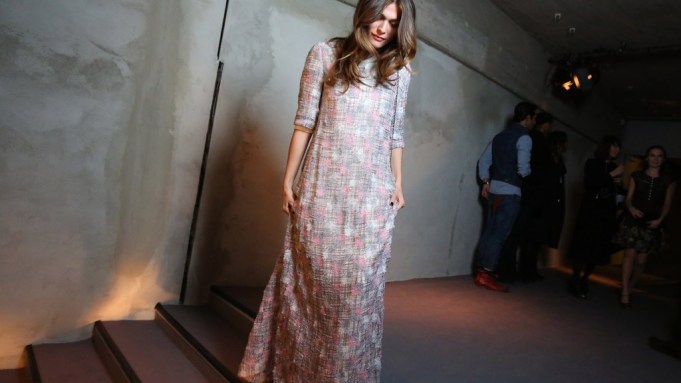 BACK IN BLACK: “The Little Black Jacket” touched down in Berlin Tuesday night, where it’s literally gone underground. The roving Chanel exhibition of 113 photographs of the iconic item, taken by Karl Lagerfeld and styled by Carine Roitfeld, has been installed in a former subway tunnel below Potsdamer Platz. The show opened to the public on Friday and runs through Dec. 14, before moving on to Seoul, Brazil and China.

But the highlight — and big question mark — of the evening, which kicked off at 7 p.m., was when Lagerfeld would arrive. Many, including Wowereit, had already returned to street level when Lagerfeld finally appeared shortly after 10 p.m. Flanked by two rows of body guards, and with Laetitia Casta on his arm, Lagerfeld was whisked through the crowd which parted like the Red Sea, only to regroup and surge after him in a Pied Piper procession.

This was Lagerfeld’s first official Chanel appearance in Germany in 12 years, though he is a frequent and popular guest on German TV and in the press. Among his many personal projects, he’s currently designing some interiors for residences in Harbor City in his hometown of Hamburg.