WWD looks back at Chanel's most spectacular runways. 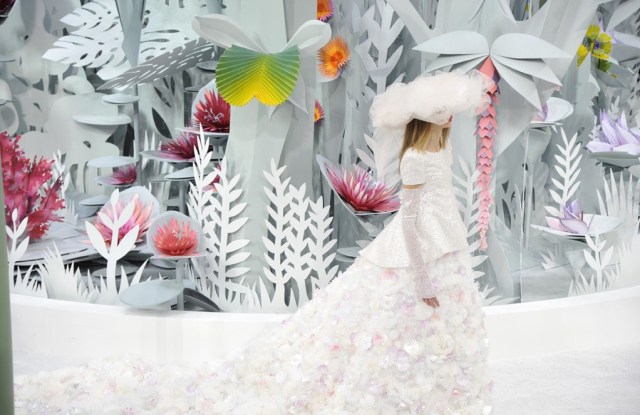 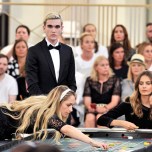 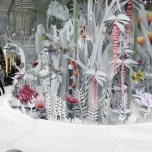 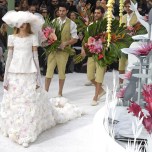 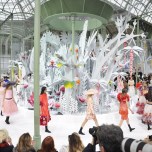 Today, for the French house’s spring couture show, Lagerfeld created a set that featured blue skies, a minimal wooden house and a pathway through a lawn of real grass.

For spring 2015, Lagerfeld created a mechanical garden, with blossoms cranking open on the runway to reveal vibrant petals of orange, yellow, pink and red.

RELATED STORY: Inside the Garden Scene at Chanel Couture >>

Nature has often been a source of inspiration for the designer. For the French house’s fall 2013 Couture show the runway was transformed to resemble a dense forest of oak trees and pines. Unseen birds sang and the models appeared from a circular amphitheater.

Embracing the romantic as much as he does the futuristic, for fall 2011 the runway resembled a neon-lined mock-up of the Place Vendôme, inspired by apocalyptic sci-fi film “Metropolis.”