The late designer’s couture creations were seen on the likes of Jennifer Lopez, Nicole Kidman, Pharrell Williams and more. 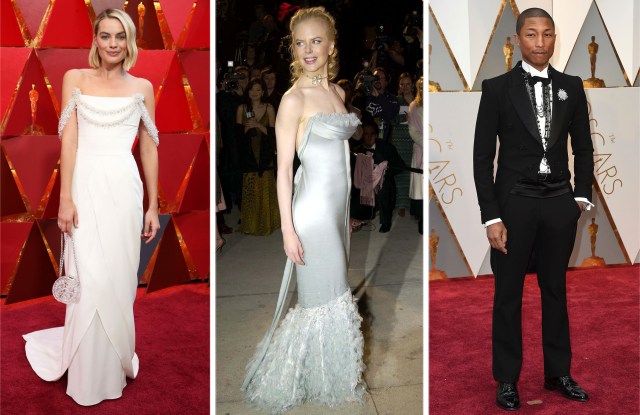 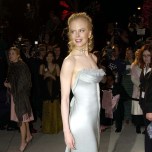 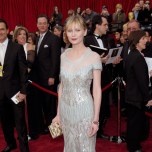 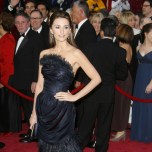 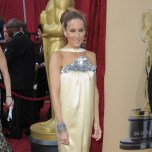 Karl Lagerfeld was a master of many things, from design to photography — but his red-carpet looks were especially spectacular. With the Academy Awards coming up on Sunday, WWD looks back at the late designer’s most memorable Chanel looks at the Oscars.

Historically, Lagerfeld’s take on Oscar fashion was about clean silhouettes and a neutral color palette fused with intricate, couture details such as embroidery and beading, as seen on the likes of Diane Kruger, Sarah Jessica Parker and Pharrell Williams.

Julianne Moore wore Chanel couture dresses back-to-back for her best actress win in 2015, and then again to present in 2016. Lagerfeld created a custom look in 2018 for Margot Robbie, for whom he designed a minimalist white gown with off-the-shoulder crystal embroidery, to critical acclaim.

Perhaps the most newsworthy Chanel look at the Oscars, however, came in 2001 when Jennifer Lopez wore a sweeping taupe ballgown with a transparent bodice. Only in Hollywood.

Click through the above gallery to see more of Karl Lagerfeld’s Chanel designs on the Oscars’ red carpet.

Julianne Moore picked up the Oscar for best actress in 2015, wearing a Chanel couture gown  covered in no fewer than 80,000 sequins.  Chris Pizzello/Invision/AP/REX/Shutterstock

Karl Lagerfeld: A Look Back at the Designer’s Legendary Career