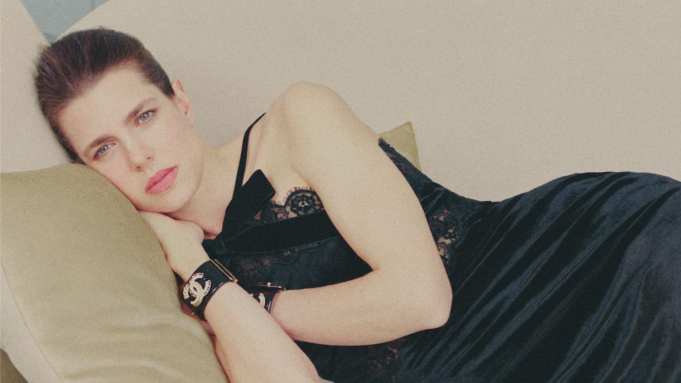 CHARLOTTE FOREVER: The ties between Chanel and Charlotte Casiraghi keep getting tighter.

Having previously shunned the public eye, the Monaco royal has embraced her Chanel brand ambassador role with gusto, hosting literary events, appearing on horseback in a couture show, singing in a video and attending the brand’s cruise show after party in the romantic villa overlooking Monte-Carlo where she previously got married.

Now the French luxury house is taking the relationship to the next level with a collection inspired by Casiraghi’s personal style. She appears in the pre-fall campaign, photographed by French artist Smith, in outfits including the quilted-effect denim jacket and jeans that she wore to attend Chanel’s cruise show in Monaco in May.

“Charlotte embodies the Chanel allure in a very authentic and natural way, all while remaining true to her own world,” creative director Virginie Viard said in a statement.

“Virginie has known me since I was a child. It’s a natural complicity that doesn’t need explanation,” Casiraghi said.

The collection, which arrived in stores on Tuesday, includes items such as suits with baggy trousers, in sober gray tweed or a more exuberant lime green-and-white houndstooth; classic items such as a long navy tweed coat or a lace-trimmed black evening dress, and more casual items like pleat-fronted jeans or a black quilted leather bomber jacket.

“When I discovered the collection, I found the things I like to wear every day and what I really feel comfortable in,” Casiraghi commented. “It’s important to be able to choose, to express something different depending on the moment.”

The campaign, all in sun-bleached hues, is accompanied by a short film set to the song “Phantom” by French singer-songwriter Sir Alice.

Underscoring its links with the musicians in its orbit, Chanel last week launched what it dubbed the Chanel Summer Tour with a two-day event at its seasonal pop-up store in Saint-Tropez, where a customized camper van greeted guests.

Entertainment included games of pétanque, a piano performance by Belgian singer Angèle, and a talk between brand ambassador Caroline de Maigret and model Blesnya Minher. A second two-day event kicked off in the Spanish city of Marbella on Tuesday, and was due to feature a concert by music duo Ibeyi.