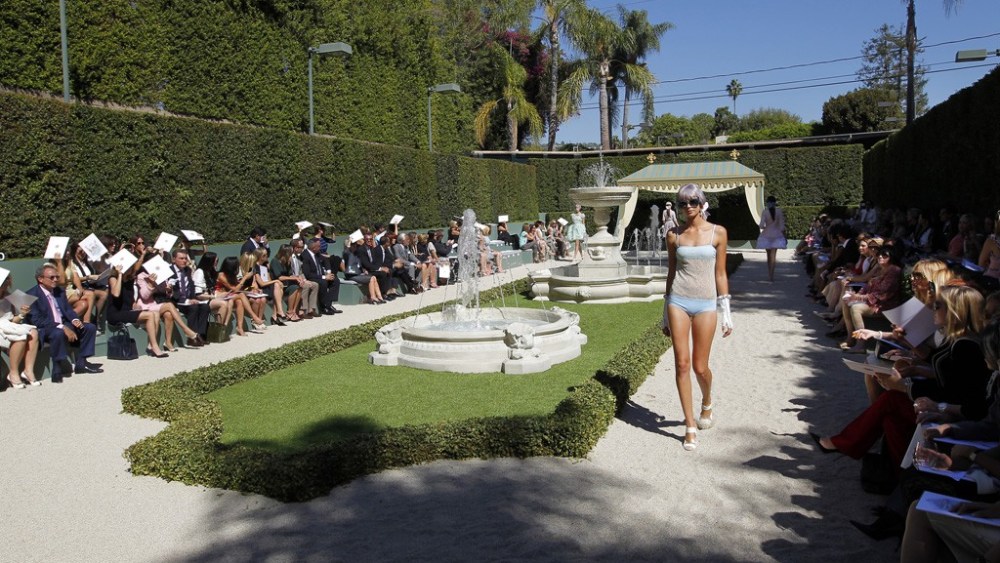 CHANEL’S L.A. ENCORE: The extremely accurate reprisals of Chanel fashion shows at Beverly Hills philanthropist Susan Casden’s home seem to be becoming a regular occurrence. On Tuesday, Casden, along with Saks Fifth Avenue, hosted an encore of Chanel’s last cruise show at Versailles on her tennis court, which was transformed with gravel, topiary and two giant fountains into a not-so-mini version of the palace gardens. The 49 looks, all available at Saks, were shown with their original wigs, styled by celebrity hair guru Chris McMillan.

After thanking her husband, real estate mogul Alan Casden, Ron Frasch of Saks and Barbara Cirkva of Chanel, both of whom flew out for the event benefiting Aviva Family and Children’s Services, Casden thanked the 190 guests who turned out in their tweed jackets and dresses despite the 90-plus-degree heat. Shiva Rose, Crystal Lourd, Monique Lhuillier, Colleen Bell, Candy Weitz and Kelly Katz perched on two rows of pillow-topped wooden risers to take in the spectacle, followed by a buffet lunch in the home’s actual gardens.