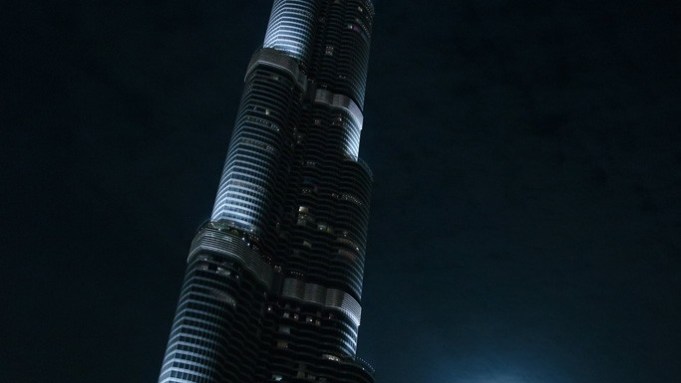 SLIM FAST: Gaspard Ulliel debuted a slimmed down look when Chanel’s “Little Black Jacket” exhibition made its latest high-profile stop: in a big black tent at the foot of Dubai’s Burj Khalifa, the word’s tallest building.

Ulliel said he’s been on an extreme diet in preparation for his role in the Yves Saint Laurent biopic, “Saint Laurent,” due to start shooting in September. “We were supposed to be shooting this summer, but the film got postponed so now I have a bit more time to get prepared,” he said.

That includes voice lessons to match the unique tones of the late couturier.  “He had a very peculiar voice and a very special way of speaking,” Ulliel related. “I started working a bit on this.”

Rita Ora and fashionista twins Haya and Sama Abu Khadra also took in the party alongside Dubai’s socialites. Ora gave guests a private performance at the after party, wearing a Chanel outfit that included thigh-high white leather boots. “I would wear those naked…with a little black jacket.,” she said with a grin.

President of fashion Bruno Pavlovsky said Chanel has a new store opening at the Mall of the Emirates this summer. “We are a brand that moves slowly, but when we are somewhere it’s because we know we have a strong customer base which is obviously the case here,” he said.