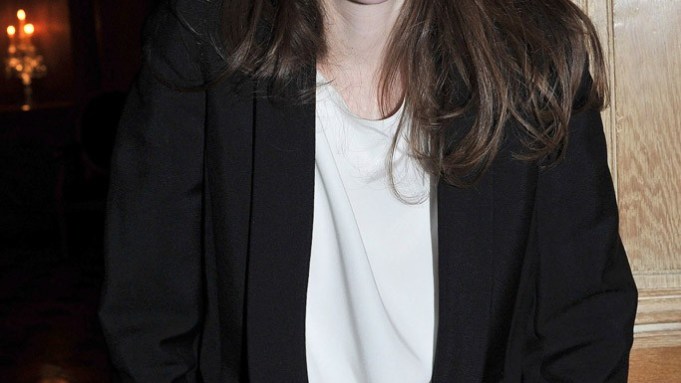 CHANNEL SURFING: “Welcome to the country of the 35-hour work week,” Chloé chief executive officer Geoffroy de la Bourdonnaye, a Frenchman, declared Wednesday night in Paris as he hosted a dinner for the brand’s designer, Clare Waight Keller, the fourth young Englishwoman to helm the brand in recent years.

Speaking to about 30 journalists gathered at the 1728 restaurant, de la Bourdonnaye explained how Waight Keller, previously at Pringle of Scotland, arrived in the job last August, when most employees were on vacation, maternity leave or using up RTTs, the term for additional days employees can recoup for working extra hours.

Waight Keller proved she’s adapted to her new milieu, arriving at the dinner “fashionably late,” de la Bourdonnaye related approvingly. Waight Keller said she would soon take a two-week break and head back to the British Midlands, eager to reconnect with its green and pleasant land after working flat out in Paris for months.

De la Bourdonnaye highlighted a coincidence: that Chloé’s 60th anniversary this year coincides with the Queen’s Diamond Jubilee and the Olympic Games in London. “May France win more gold medals than the English,” he teased.

French model and actress Marina Vacth said she just wrapped up a short film whose title translates to “The Man with the Golden Brain,” which is headed for the Cannes Film Festival. Next up is a feature length film by director Philip Gröning.