Kanye West's drawing is bound to be popular at a charity sale event in Dubai. 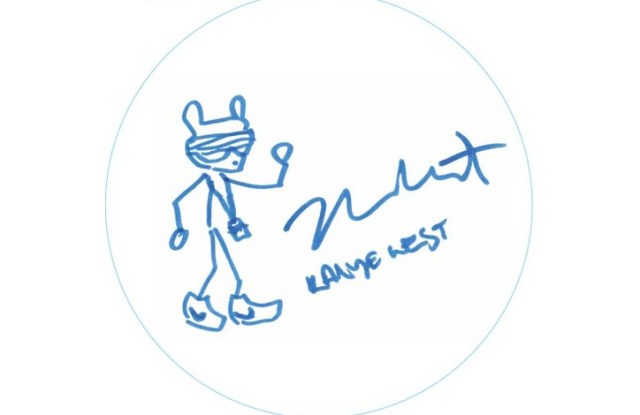 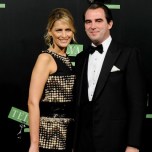 CHARITY IN DUBAI: Dubai may be having a tough time, but today local women will be able to shop and support a good cause. Organized by the U.K.-based charity organization Whatever It Takes, the two-day fund-raising-sale event takes place at the Palm Jumeirah, on one of the man-made islands that have since become a symbol of Dubai’s extravagance. On sale are original, one-of-a-kind or limited edition artwork, clothing, accessories and homeware specially designed for and donated to Whatever It Takes by the likes of Giorgio Armani, Donna Karan, Tamara Mellon of Jimmy Choo, Lucy Liu, Nicole Kidman, Coldplay and Samuel L. Jackson. Prices range from $25 for a mug, to $220 for a watch.

According to Charlotte di Vita MBE, founder of Whatever It Takes, what is unique about this form of fund-raising is that “the currency is not really measured in U.S. dollars, but in the equivalent benefits. A similar sale in Doha, held last December at the W Doha for example, raised the equivalent of 40,000 meals for street children in South Africa.” Di Vita cited items by Sir Paul Smith and Armani among the bestsellers at the Doha event, but added that Kanye West was also a close second and is bound to be popular in Dubai. “His drawing is kind of funky,” she said.

POP FEET: Salvatore Ferragamo is looking for another 15 minutes of footwear fame. Ahead of its men’s show in Milan on Sunday, the brand will unveil a new edition of its Andy Warhol shoe at Pitti Uomo. The asymmetrical paint-speckled Oxford shoe for men was originally designed by Salvatore Ferragamo for the pop culture icon. The limited edition line is available in the Ferragamo store in Palazzo Spini Feroni, Florence, and also will be sold in select Ferragamo stores in Milan, London and New York.

CHANGE AT WOOLRICH: Woolrich Woolen Mills is parting with designer Daiki Suzuki, who created the men’s collection with Woolrich licensee WP Lavori in Corso. Suzuki’s five-year contract lasts through spring 2011, but the parties are already working together to identify a succession plan. “I grew up admiring and wearing Woolrich, and to come full circle and design for them has been a really great adventure,” Suzuki said. “My contract will expire when the spring ’11 collection is completed, and I feel it is time for someone else to take the reins.”

BABY BLUES: For Maurice Ohayon, owner of Notify Jeans, it’s never too early to start wearing designer jeans. At the Pitti Uomo trade fair, where Ohayon was invited as the event’s special guest, the Paris-based designer said he would launch Notify: My Very First denim collection for kids next fall. Ohayon was joined by industrial designer Ron Arad, who interpreted Ohayon’s vision of sartorial savoir faire with a whimsical installation of giant-sized jeans worn over a sculpture by Italian artist Sauro Cavallini in the gardens of Florence’s Limonaia. A video by U.K. director Jude Greenaway magnifying the craftsmanship of the tailoring, meanwhile, was stretched across a 100-foot screen. “I wanted to pay homage to Made in Italy and the value behind the craft but in an abstract way,” said Ohayon. “It’s a ballet of needles,” said Arad.

IN ROYAL FASHION: While Brits might still be waiting for Prince William to announce his long-awaited engagement to Kate Middleton, at least one royal wedding is set for later this year. Late last month King Constantine, the former King of Greece, revealed the engagement of his son, Prince Nikolaos of Greece, to Tatiana Blatnik, who works in public relations and events for Diane von Furstenberg in London. “We haven’t decided where we’re going to have the wedding but we want a winter wedding — it’s something we’ve always wanted,” said Blatnik, who was born in Venezuela and brought up in Switzerland. However, Blatnik was mum on her plans for a dress. “I’d like to keep it a secret,” she said. “I love Tatiana a lot. She is a beautiful girl, she is an intelligent girl and I spent a lot of time with both [Tatiana and Nikolaos] in the past year,” von Furstenberg told WWD. “Over the Christmas holiday, [Nikolaos] called me and said, ‘I want you to be one of the first people to know that I am sitting here next to my fiancée.’”

Von Furstenberg’s connections with the handsome couple are plentiful: Her son, Alexandre von Furstenberg, was once married to Alexandra von Furstenberg, née Miller. She, in turn, is the sister of Marie-Chantal of Greece, who’s married to Prince Pavlos of Greece, Nikolaos’ elder brother. What’s more, Diane von Furstenberg knew Tatiana’s father, Ladislav Blatnik, who was originally from Slovenia, in the Sixties. “My family and Diane’s family’s paths have always crossed,” noted Blatnik, who added that she plans to keep working for the designer after her wedding.