New data from Twitter shows which social media stars had the most follower growth on the platform this year.

James Charles, Charli and Dixie D'Amelio and Addison Rae are among Twitter's top growing creators of 2020.

The coronavirus pandemic led to a boom in social media usage, and many creators saw their follower counts skyrocket.

A new report from Twitter reveals the top 10 creators with the most follower growth on the platform in 2020. The list includes many of TikTok’s most popular users, such as Charli and Dixie D’Amelio, Addison Rae and comedian Sarah Cooper.

The top slot went to YouTuber Jimmy Donaldson, known on the Internet as MrBeast. The creator is known for his philanthropic stunt videos and gaming videos.

MrBeast boasts 8 million followers on Twitter. He is a well-known YouTuber (he has more than 47.2 million subscribers) where he posts stunt videos, such as surviving in ice for 24 hours, spending 50 hours in solitary confinement and building the world’s largest Lego tower.

He is also known for his philanthropy, which he regularly incorporates into his stunt videos. Some of the YouTuber’s philanthropic videos include donating $200,000 to people who lost their jobs during the pandemic, adopting every dog at a shelter and donating $1 million worth of food to people in need. 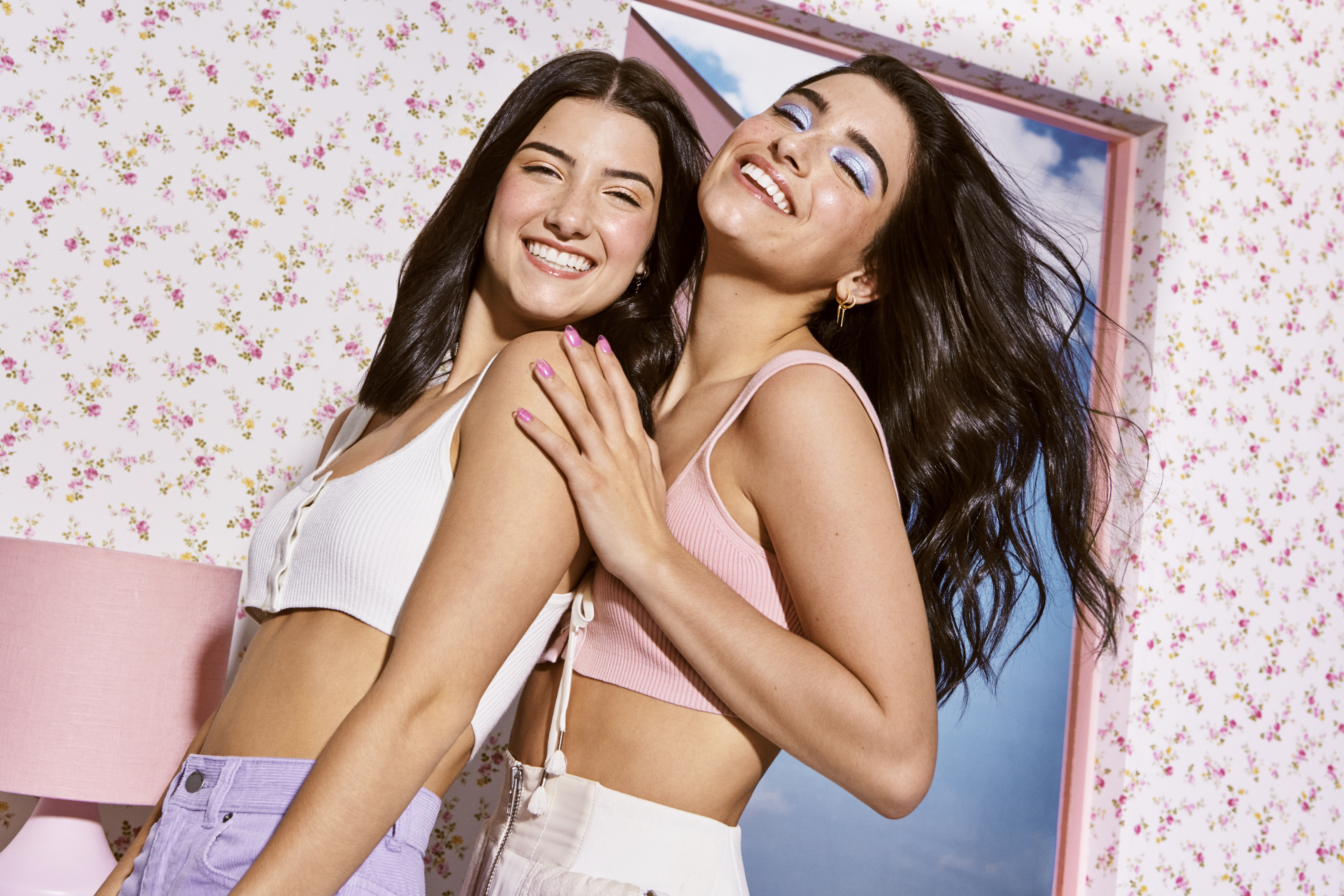 Charli and Dixie D’Amelio have partnered with Morphe for its first incubated brand, Morphe 2, a new makeup line for Gen Z.  courtesy

D’Amelio has quickly gained popularity over the last year thanks to the many dance videos she posts on TikTok.

The fashion and beauty worlds have taken notice of D’Amelio’s popularity. She’s been tapped by several brands for partnerships, including Aerie, EOS and Hollister. D’Amelio also serves as the face of Morphe’s sub brand, Morphe 2, along with her sister, Dixie D’Amelio. 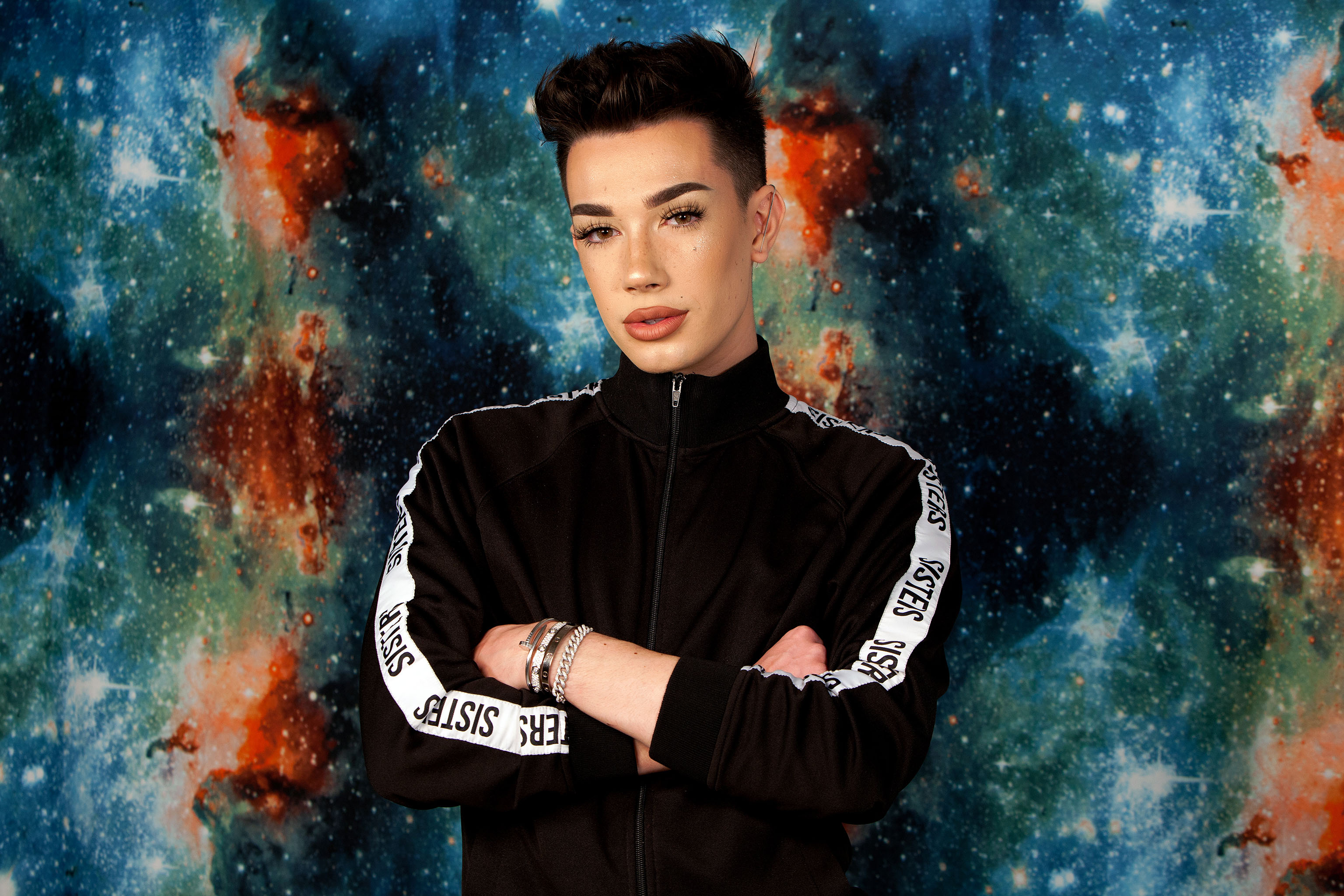 James Charles, one of the world’s biggest beauty influencers, is ranked at Twitter’s third spot with 7.4 million followers.

The beauty influencer is known for his creative makeup looks and how-to videos he posts on his YouTube account, which has 24.3 million subscribers. Charles was named Cover Girl’s first male spokesperson in 2016 and collaborated with Morphe for a successful eye shadow palette, which resulted in one of the brand’s highest e-commerce days. 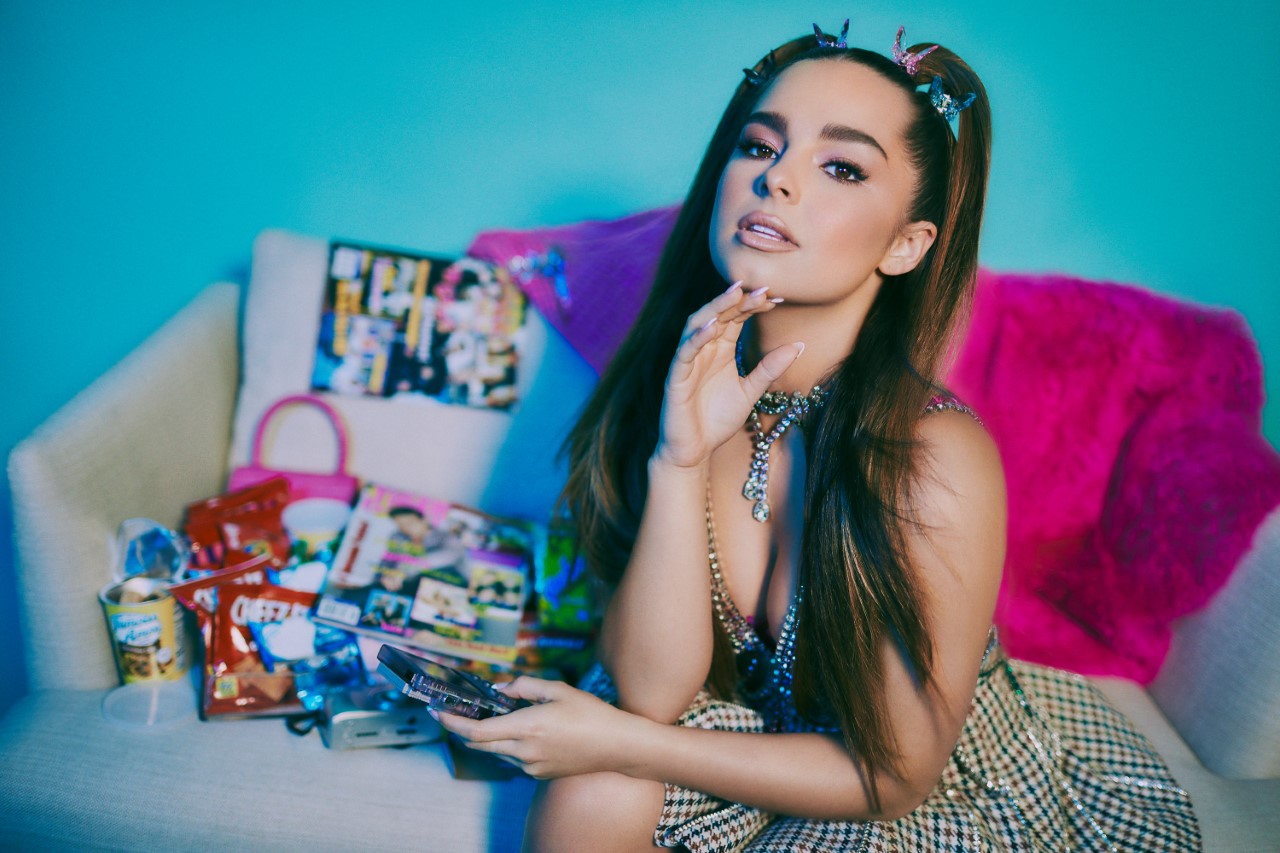 Addison Rae ranked in the fourth spot with 4.3 million followers. The influencer has recently embarked on several projects in the fashion and beauty worlds, including modeling in Kim Kardashian West’s recent Skims campaign, partnering with Ouai founder Jen Atkin’s ManeAddicts and launching her own beauty line, Item Beauty.

Rae is also set to make her acting debut in the remake of the hit Nineties film, “She’s All That.” 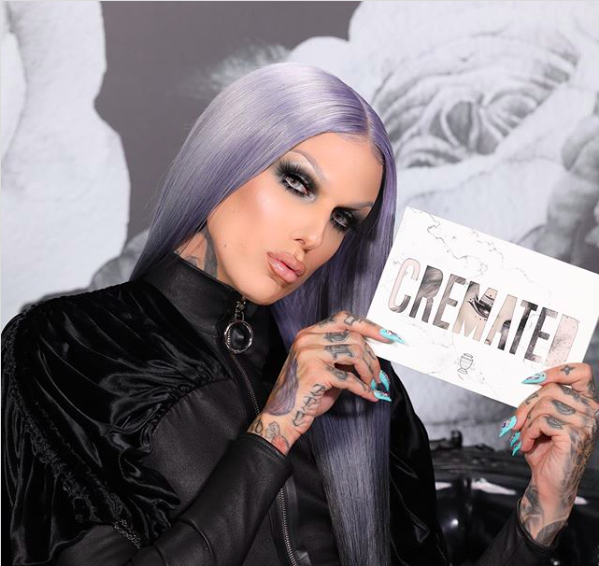 Jeffree Star has 7.1 million followers on Twitter. The beauty influencer launched his namesake makeup line 2014 and has quickly grown it to become one of the most successful influencer-launched beauty brands. According to Forbes, Star’s brand earns roughly $100 million yearly.

Star is no stranger to controversy. He was involved in last year’s feud between Charles and Westbrook, during which he spewed allegations of sexual misconduct against the former. He was also under fire last May for launching an ill-themed “Cremated” makeup collection amid the pandemic. Over the years, Star has been accused of anti-Semitism and xenophobia. 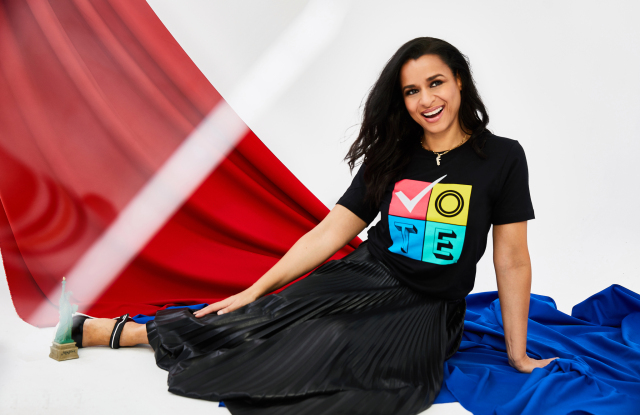 Comedian Sarah Cooper has 2.4 million followers on Twitter. She rose to popularity this year thanks to her TikTok videos in which she lip-syncs along to various sound clips of President Trump.

Cooper released a Netflix special in October, which also starred the likes of Jon Hamm, Helen Mirren, Ben Stiller and Whoopi Goldberg, and she is developing her book, “How to Be Successful Without Hurting Men’s Feelings,” into a series for CBS. 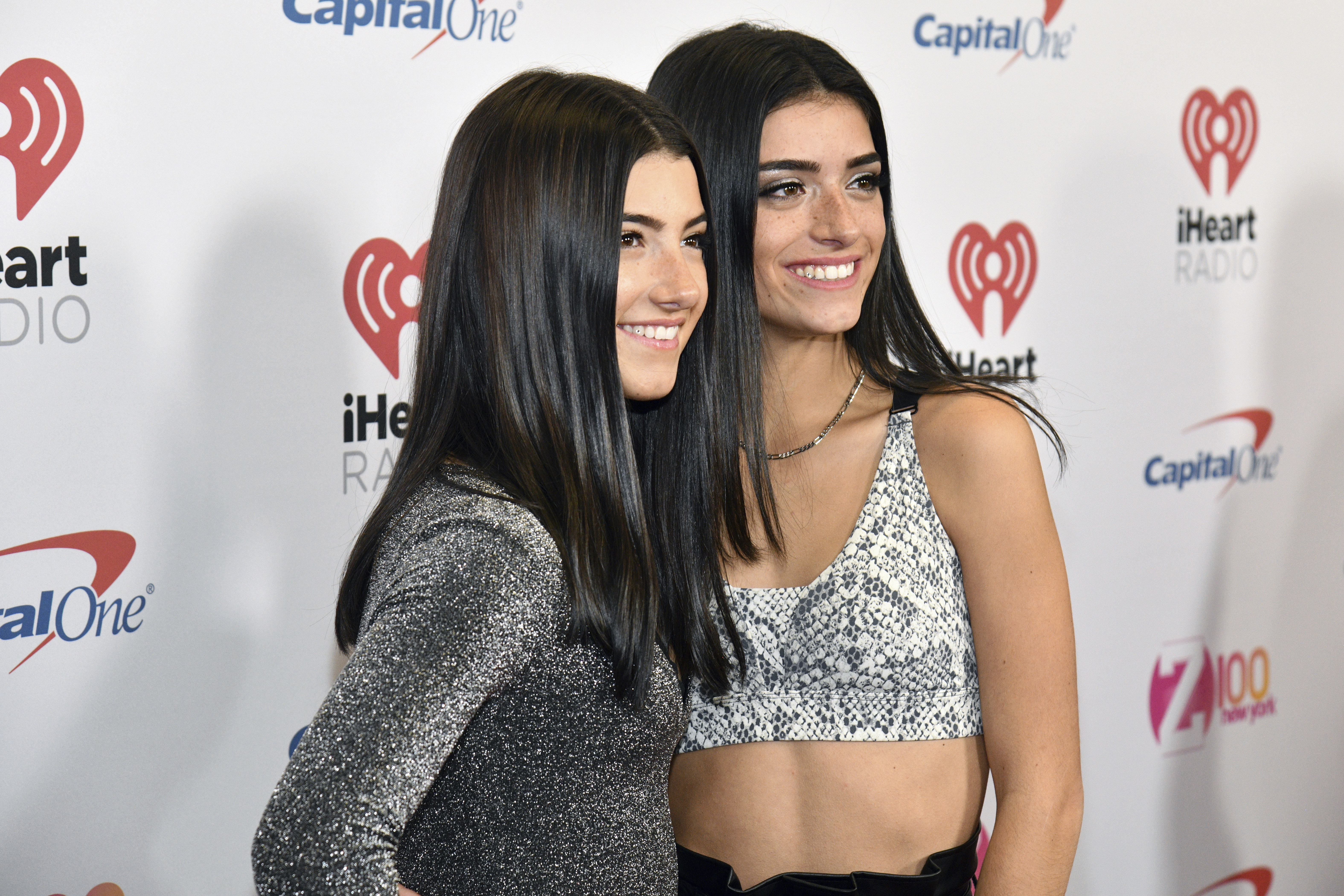 Dixie D’Amelio has 3.8 million followers on Twitter and has grown in popularity on TikTok thanks to her younger sister. D’Amelio has leveraged her TikTok following to embark on a music career, releasing songs like “Be Happy,” “One Whole Day” and “Naughty List” and working with musicians like Wiz Khalifa and Liam Payne.

Last month, D’Amelio and her sister faced controversy after posting a family YouTube video where they were accused of acting rudely toward their private chef. Both sisters immediately lost followers because of the video and each issued their own apologies. They’ve since regained the lost followers. 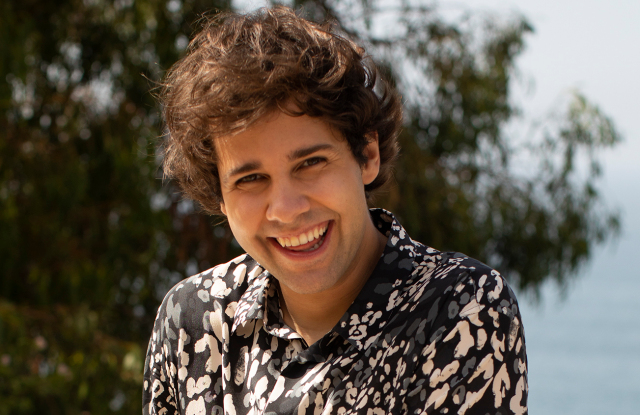 David Dobrik boasts 5.6 million followers on Twitter. The creator first gained popularity on the now-shuttered video platform Vine, and has become popular on YouTube, where he has 18.6 million subscribers.

The creator has also ventured into the beauty world with the launch of his fragrance line, David’s Perfume, in October.

Turner Tenney, known on the Internet as Tfue, has 4 million followers on Twitter. The creator is a popular gamer and is best known for playing Fortnite.

Richard Tyler Blevins, known online as Ninja, has 6.5 million followers on Twitter. He is a popular gamer and YouTuber and has scored partnerships with Adidas, Red Bull and Uber Eats.

Addison Rae Gets Ready for the People’s Choice Awards

The 10 Most Followed Fashion and Beauty Brands on TikTok