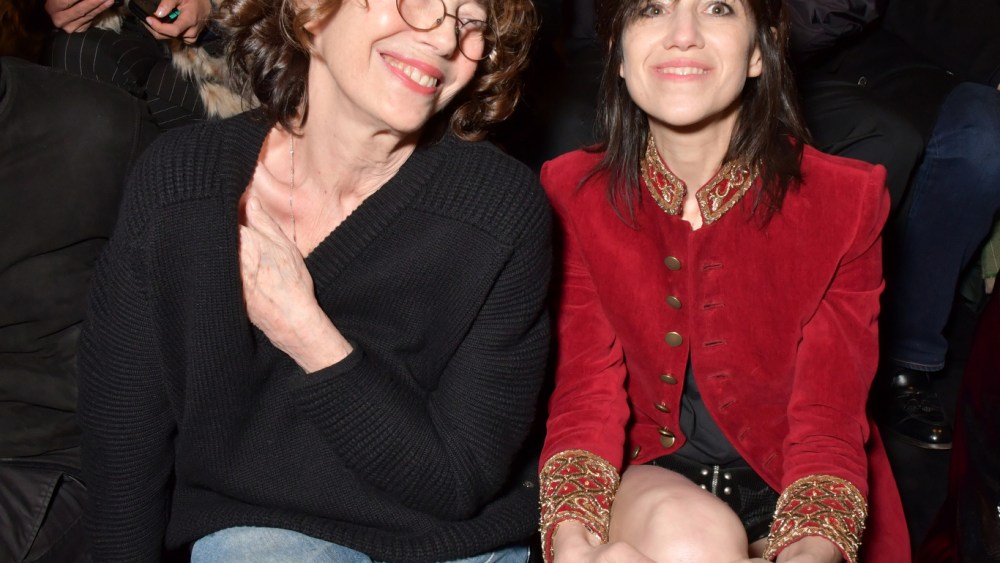 SHORT CUTS: Guests including Catherine Deneuve, Kate Moss, Anja Rubik, Jane Birkin and her daughter Charlotte Gainsbourg filed into Saint Laurent’s cavernous state-of-the-art catwalk venue in the shadow of the Eiffel Tower on Tuesday night as the city was gripped by sub-zero temperatures.

Ever the pragmatist, Birkin, as she greeted Gainsbourg in the front row, said she had no problem dressing for the bitter cold. “I just put my coat on!” she laughed.

Gainsbourg, meanwhile, sported a pair of black leather HotPants, her exposed legs drawing attention. Her mother was not concerned: “I think she might have something in reserve — like a car!” she quipped.

Catherine Deneuve squeezed in next to Gainsbourg and took in her neighbor’s legs with a look of concern: “You’re not cold?” she asked.

“No, I’m fine,” Gainsbourg demurred with a polite smile, before turning to catch up with her mother.

Rosie Huntington-Whiteley shared her impressions of the set, a narrow black box ringed with lamps. “It’s a good long runway for the models,” she said. “It’s dark, moody, sexy, just like Saint Laurent.”

“It’s gigantic, it’s going to be really interesting with all of the reflections against the black wall,” echoed Sylvia Hoeks, who is filming “The Girl in the Spider’s Web” — the sequel to “The Girl With the Dragon Tattoo” — in Berlin. She plays Lisbeth Salander’s twin sister. “I’m flying back tomorrow morning to pick up shooting, actually. We’ve just shot a very intense scene, my role is very intense, but I love playing her. Her character is very intriguing, she has a very interesting background. I have a lot to play with,” said Hoeks.

Anna Brewster had wrapped up warm in a Saint Laurent fur. “This is pretty incredible, being in such an iconic location, with the view of the Eiffel Tower,” said the actress who had just landed from L.A. where she’s been filming “001LithiumX,” a sci-fi film about “a couple who fall out of their relationship because of this virtual reality world….”

“It’s fun,” she added snapping back into the show action. “You can just see the Eiffel Tower,” she said. “Let’s hope it sparkles.” It did.