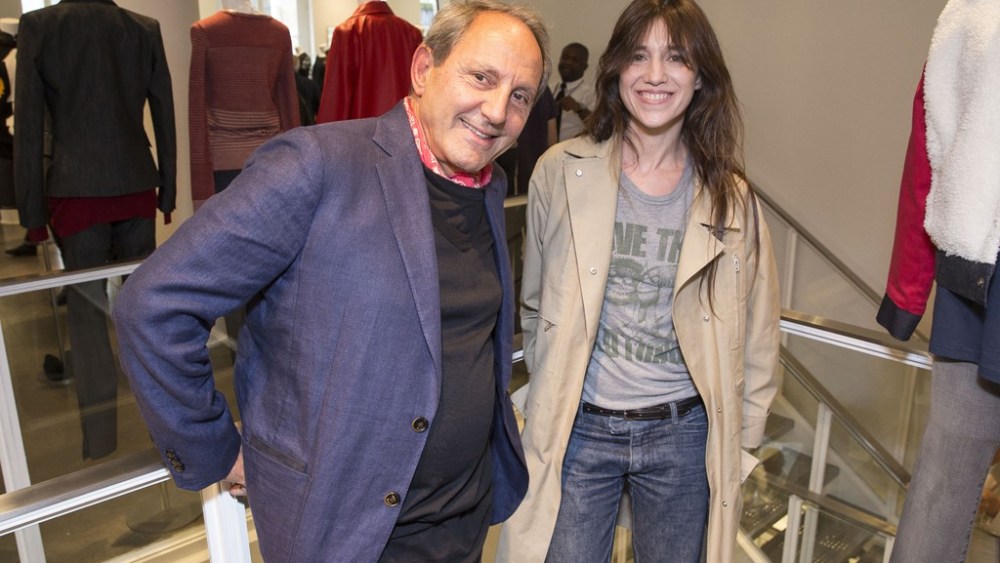 CHARLOTTE’S WEB: Charlotte Gainsbourg has a new role: designer. The actress unveiled a capsule collection she designed for denim label Current/Elliott during a cocktail event at Colette in Paris on Monday night. The collaboration runs for four seasons, starting with fall.

“I am glad it is not a one shot,” said Gainsbourg, wearing a denim prototype from the next collection and a natural makeup look. “I am settling into it.”

Starting with the spring 2015 collection, Gainsbourg will also front a campaign.

The collection includes about 40 pieces including denim pants, blazers, corduroy outerwear, tailored wool suits, knits and T-shirts. Jeans are priced from 250 euros, or $341.50 at current exchange, and run up to 2,000 euros, or $2,732, for a leather jacket.

“I got inspiration from everything,” Gainsbourg said. “For instance, I thought the marinière [sailor top] would be fun as I wore one in ‘L’Effrontée’ [the film she did at 14]. Also I love corduroy so a corduroy short was obvious to me.”

The actress has four films set for release, including “Every Thing Will Be Fine” by Wim Wenders, also with James Franco and Rachel McAdams.

Speaking about her sartorial habits, she said: “When I like clothes, I usually wear them everyday until I wear them out.”

The collection is available at Colette before rolling out to stores worldwide in the end of July.